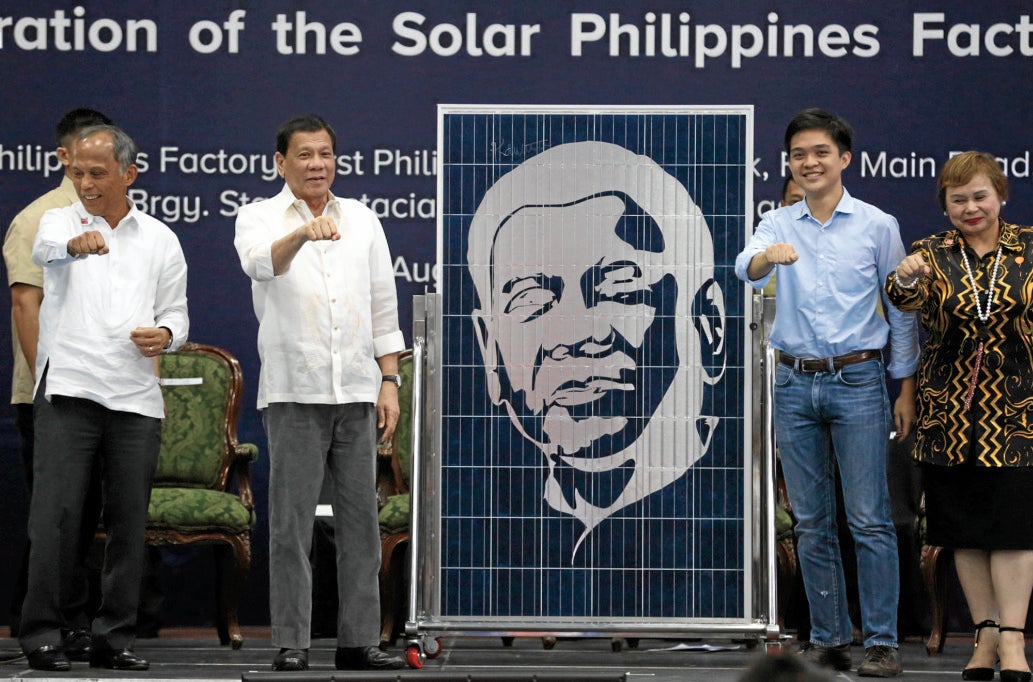 CUSTOMIZED PANEL President Duterte receives a token of a customized solar panel with his
image during the inauguration of Solar Philippines’ factory in Batangas province. With him are
Energy Secretary Alfonso Cusi, Solar Philippines president Leandro Leviste (2nd from right), and Charito Plaza. INQUIRER FILE/JOANBONDOC

An overwhelming 198 congressmen voted Monday to pass House Bill No. 8179 or an act granting the SPSB a 25-year franchise to “construct, install, establish, operate, and maintain distributable power technologies and mini-grid systems throughout the Philippines to improve access to sustainable energy.”

Seven congressmen voted against the approval of the proposed measure while one lawmaker abstained.

The approval came just four months after bills pushing for the SPSB franchise were filed before the chamber in August.

Several lawmakers have blocked the approval of the proposed measure, which they claimed permits an “unconstitutional super franchise” to SPSB, and violates the Electric Power Industry Reform Act of 2001. /kga