WHO advice for cleaner PH air: Curb use of private cars 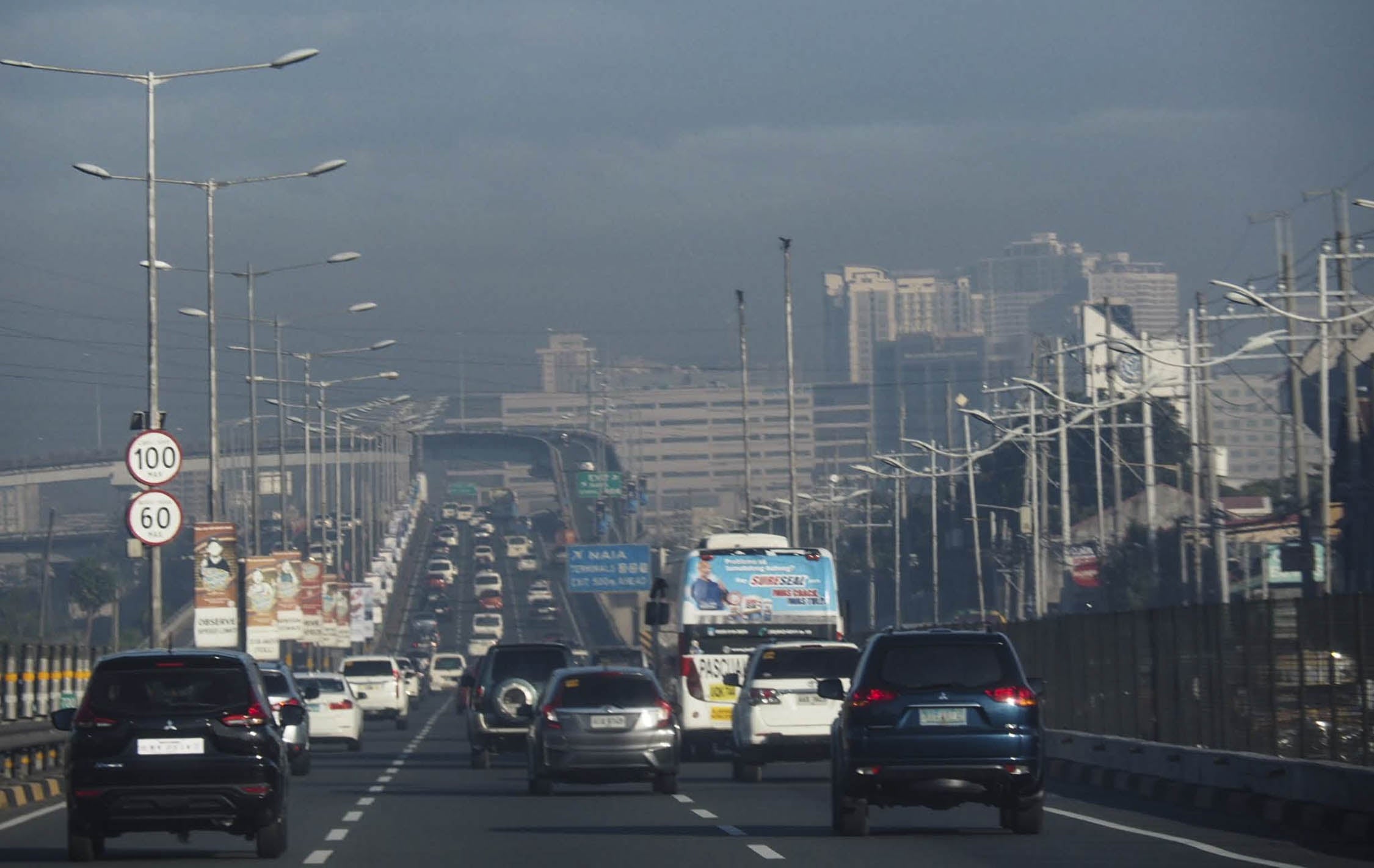 DIRTY AIR Smog veils the Metro Manila skyline as seen from the Skyway in Makati City on Thursday. A World Health Organization report released earlier this year ranked the Philippines third among Asia-Pacific countries with the highest number of deaths due to air pollution, next only to China and Mongolia. —REM ZAMORA

Maria Neira, WHO director for public health, said reducing the carbon emissions in the country’s cities, where a large number of people live, would go a long way not only in improving the environment but also in curbing deaths due to air pollution from fossil fuels, a major culprit for climate change.

On the sidelines of the United Nations climate talks in this coal mining city, the UN body on Wednesday launched a historic report that showed the link between the rapidly warming planet and public health.

Neira said burning fossil fuels that produced carbon dioxide was one of the major causes of air pollution, which results in 7 million deaths per year around the world.

Meeting the commitments of the 2015 Paris Agreement, where governments pledged to act to keep global warming to “well below” 2 degrees Celsius, could save millions of lives a year by 2050, the report said.

A WHO report earlier this year ranked the Philippines third in the Asia-Pacific region in the number of deaths due to outdoor air pollution. The organization’s BreatheLife campaign reported that more than 122,000 people in Metro Manila die yearly from air pollution.

Neira said in an interview that the transport system in Philippine cities was one of the major causes of air pollution.

“You should promote a cleaner public transport system, which is reliable and affordable for citizens, and discourage the use of private cars,” she said.

The WHO report said the transport sector accounted for about 23 percent of global energy-related greenhouse gas emissions.

“A vast majority [of private vehicles] run on petrol or diesel fuel. They emit not only greenhouse gases, but also particulate matter, which contributes to poor air quality,” the report said.

Neira said political willingness was greatly needed to deal with the pollution problem.

“You can develop economically without destroying your lungs and the environment,” she said.

Kristie Ebi, professor of global health at the University of Washington, said scientific evidence now showed that “people today are suffering and dying from climate change.”

The consequences range from chronic diseases linked to air pollution, such as asthma and lung cancer, to undernutrition as crop yields fall and rising carbon dioxide levels in the air slash nutrients in staple foods, she added.

A recent report by C40, a network of the world’s megacities committed to dealing with climate change, said cities had a leading role in capping the rise in global temperature at 1.5 C, in line with the 2015 Paris accord.

Shifting to cleaner transport can slash greenhouse gas emissions by 25 percent and prevent at least 86,000 premature deaths, it said.

Milag San Jose-Ballesteros, C40 director for East, Southeast Asia and Oceania, said Southeast Asian cities emitted lower emissions than big cities in China and India, but the region’s urban areas continued their rapid growth, which would also result in increased emissions if a low carbon development approach was not taken.

“One of the challenges is really the transition to zero or low carbon transportation. [There is] lack of planning for optimal deployment of walking, cycling and mass transit,” Ballesteros said. “Much of the infrastructure that remains to be built is locking in the metro in high carbon facilities and energy sucking buildings.”

The WHO report recommended that city mayors and other local leaders be mobilized to cut carbon emissions, increase resilience and promote health.

The report, which was written at the request of Fiji Prime Minister Frank Bainimarama, a former Conference of the Parties president, was crucial in making sure that peoples’ health would be incorporated in the climate discussion.

“The drivers of carbon emissions and air pollution are the same: It’s the fossil fuel combustion,” Neira said. “For us, the climate change negotiators need to incorporate those 7 million deaths in all of their calls for action.”

“We should be making the fight for climate action same as air pollution,” he said. “We urge people to recognize that this is the same fight and we have the same answers.”