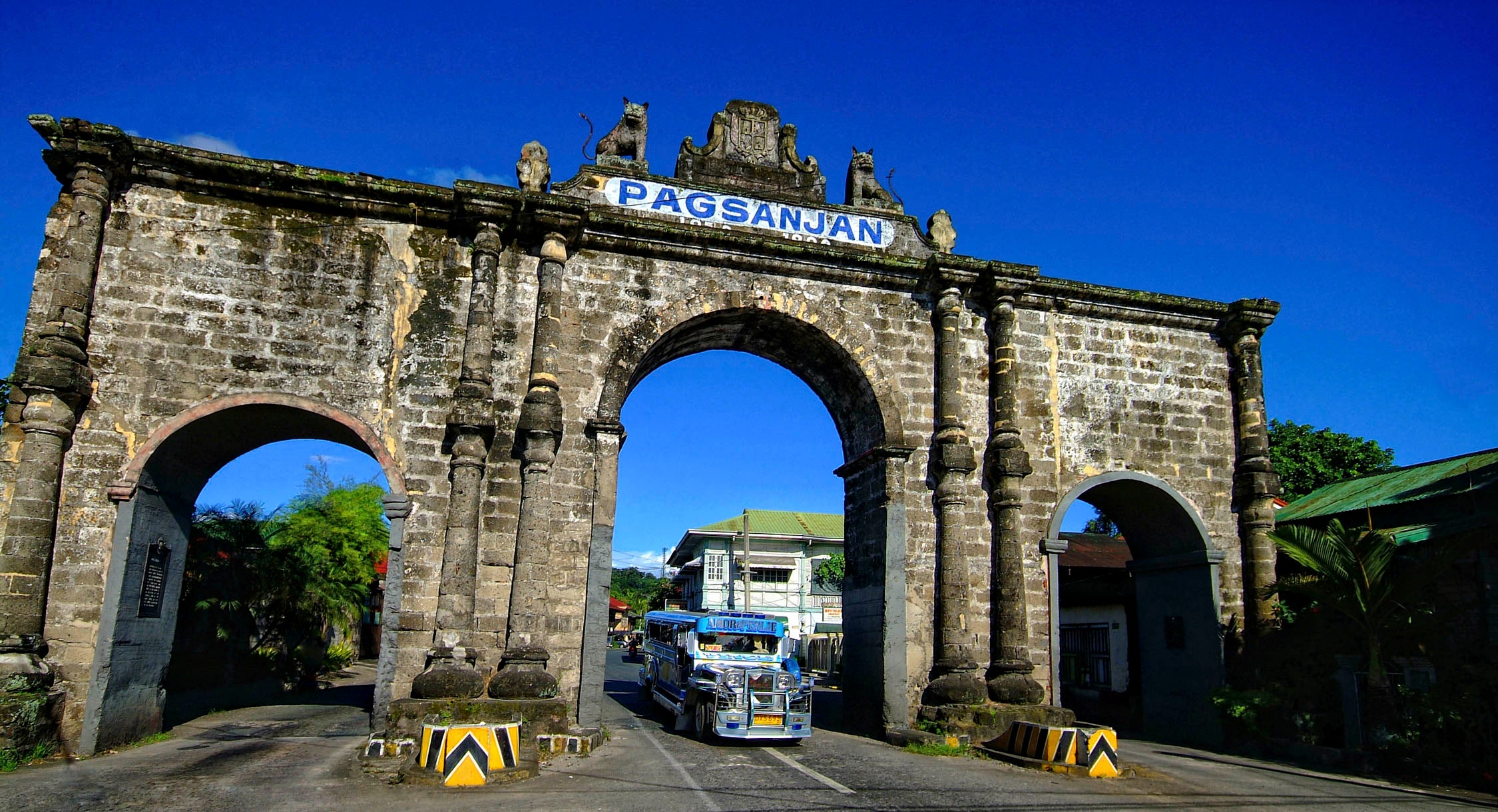 SAN PEDRO CITY — Puerta Real, the arch that marks one’s entry into the town proper of Pagsanjan town in Laguna province symbolizes not only the town’s deep-rooted faith but also its strength.

It is believed that people themselves built the arch with their bare hands, using adobe stones held together by a concoction of carabao milk and egg white, from 1877 to 1878.

It was on the very same spot where a lady in white supposedly stood and held a sword against a group of bandits and thwarted an attack in the town.

“According to the legend, the bandits led by ‘Tangkad’ had just come off plundering Majayjay (an adjacent town) and were on their way to Pagsanjan,” said municipal administrator Florante Salvador.

It happened on December 8, the feast of Our Lady of Guadalupe.

Salvador said people came to believe the woman was the Virgin Mary herself and have since celebrated their fiesta every December 12.

In modern times, the arch serves as a reminder of Pagsanjan’s “glorious days” as Laguna’s capital town and center of trade from 1668 to 1858.

“It used to be the Athens of Laguna, the center of trade, culture and education,” Salvador said.

The arch has gone through several restorations in the 1970s and again in 2013 with a P3-million local budget allocation, although majority of the original structure and form remains intact.

The local government and the National Historical Commission of the Philippines on Thursday unveiled a marker that officially recognized Puerta Real a national cultural treasure.

The program marked the town’s 350th founding anniversary and kicked off this year’s Lagaslas Bangkero Festival, which features local boatmen in Pagsanjan Falls, one of the tourist destinations in Laguna.

In 2016, the National Museum declared the arch, described as an “outstanding landmark and epitomizes the ideal blend between aesthetics and function,” a national treasure but officials said it took quite some time to finalize the marker.

“We don’t know what happened over those years,” Salvador said as Pagsanjan fell behind the other towns and cities in Laguna in terms of progress.

Salvador said it was in 2001, when former Gov. ER Ejercito was first elected mayor of Pagsanjan, that the town seemed to have gotten back to its feet and increased its income from P23 million to P87 million by 2010.

He said it is not only through tourism but from investments and local businesses that Pagsanjan, currently with an annual income of P140 million, is aiming to restore its former glory. —MARICAR CINCO