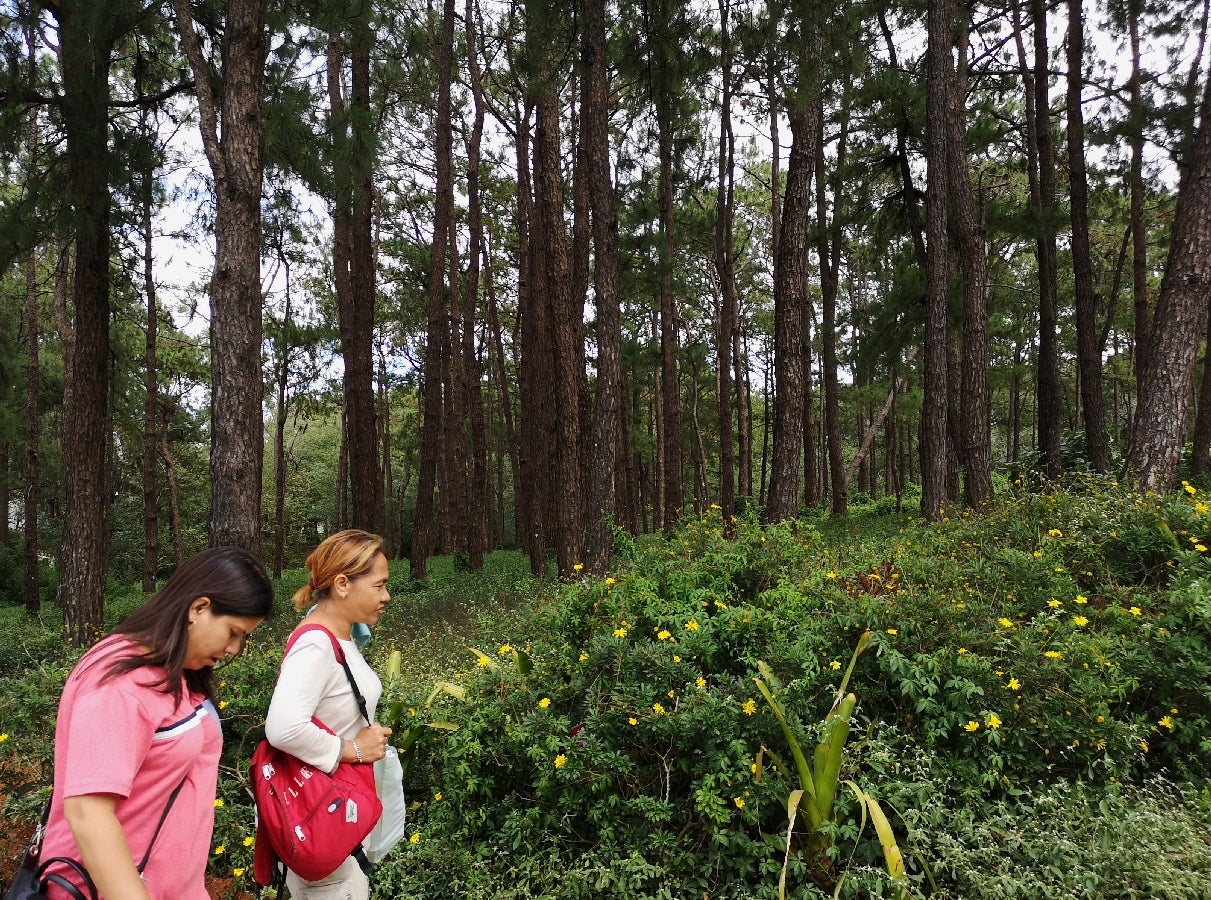 PINE COVER This patch of pine forest surrounded by a university, a mall and a government compound in Baguio City has become home to wildlife, but some people have been treating it as a dump. —EV ESPIRITU

BAGUIO CITY—Twenty four types of birds have made their home in a 1.4-hectare forest flanked by a mall, the Supreme Court courthouse and justices’ cottages, and the University of the Philippines Baguio.

The presence of warblers, thrushes, doves, swallows, crows and even migratory birds like the brown shrike proved that the wooded area, known to many as the “Tree Park,” is a valuable component of the ecosystem in this city, according to biology professor Zenaida Baoanan.

She said the tree park near the town center was also home to grassland animals and worms.

But people continue to make life difficult for these birds and animals, said Baoanan, who was tasked by UP Baguio to examine the plant and animal life thriving there.

She said the park had been used as a garbage dump and toilet. Garbage thrown by people who work or live around the park has been polluting the soil and water that nurture both plants and animals in the area.

Half of pine trees there also suffer from pest infestation. The number of trees has gone down from 800 to a little over 500 since 2016.

Baoanan said the dwindling number may soon drive away birds and animals clinging to this green patch.

Baguio universities and environmental groups are regrouping to once again push for the park’s preservation.

UP students helped plant the trees there in 1972. They also joined environmental activists and pupils of several schools who formed a human chain around the tree park in 2008 to protest its planned lease to a condominium developer.

Heeding the public outcry, the city government in 2008 refused to issue permits for developing the forest patch, which had been classified as a park.

Mayor Mauricio Domogan said the city is bent on maintaining the area as a tree park. — REPORTS FROM VINCENT CABREZA AND KARLSTON LAPNITEN