More directional signages to police stations to be installed in NCR 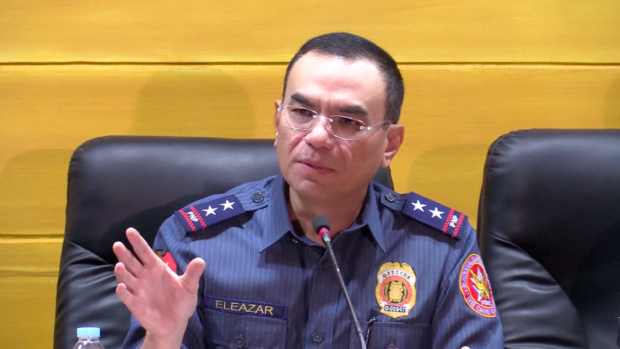 MANILA, Philippines — There will be more standardized directional signages to be installed in different parts of Metro Manila to point citizens to the nearest police stations.

The Philippine National Police (PNP) and Social Security System (SSS) signed on Thursday a Memorandum of Agreement (MOA) aiming to strengthen partnership between the two agencies through various activities and programs.

The MOA signing in Camp Crame was followed by the turn-over of over 100 directional signages from the SSS to the PNP.

National Capital Region Police Office chief Director Guillermo Eleazar said the police are helping the SSS in launching operations against employers not remitting the SSS contributions of their employees.

“The MOA precisely provides for the support that the PNP is providing to SSS, [and] at the same time, the SSS in return is giving back through itong mga binibigay na signages (these signages they give),” he told reporters after the signing of the agreement.

He said the project has started in Quezon City when he was director of the Quezon City Police District but will now be expanded to the entire Metro Manila.

According to Eleazar, operations against employers violating regulations of the SSS are part of the government’s warning to other companies to follow the law. /jpv