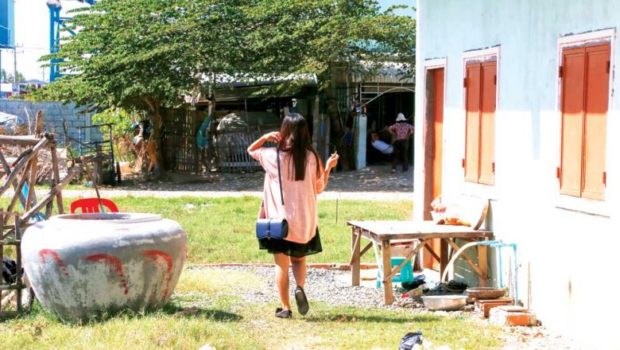 A surrogate mother pictured in a Kampong Speu neighborhood in 2016. Fifteen surrogate mothers, part of the 32 detained in July for their alleged involvement in a surrogacy ring, have been freed on bail. Eliah Lillis via The Phnom Penh Post/Asia News Network

PHNOM PENH — Fifteen surrogate mothers – part of the 32 detained in July for agreeing to carry babies for Chinese nationals – have been freed, after the National Committee for Counter-Trafficking (NCCT) requested the Phnom Penh Municipal Court to release them on bail.

The women pledged, in writing, to raise their babies and not send them to the intended parents.

One officer who guarded the women at the 16 Usaphea Police Hospital said as of Tuesday, 17 of them had been admitted to the hospital. The 15, who delivered their babies there, have been released or are expected to be freed this week.

One surrogate mother who gave birth behind bars three months ago said she was asked to write a written promise upon her release on Monday.

“In exchange for our release, we have to promise that we will raise our babies until they are 18 years old. [The authorities] are going to monitor us . . . if the baby is [gone], I will be sent to Prey Sar prison.”

“For me, I love my baby boy and I will raise him by myself,” she said.

A husband of one of the mothers said he is looking forward to reuniting with his wife. “I have really missed her,” he said, adding that he is “willing to bring his wife’s baby home”.

Upon their arrest in July, the surrogates were regarded as victims, but the women were eventually charged with “The Act of Selling, Buying or Exchanging a Person for Cross-border Transfer” according to Article 16 of the Law on Suppression of Human Trafficking and Sexual Exploitation.

The Article stipulates that the act is punishable by imprisonment of up to 20 years.

In late October, their lawyer filed an appeal in court for their release on bail.

The reason behind the appeal was that the women had wished to care for their newborns, according to the Interior Ministry Secretary of State Chou Bun Eng.

The move, she said, would “pave the way for elaborate research and investigation which may lead to the creation of strong laws to prevent similar cases from happening in the future”.