2 nabbed in rob-slay of Ateneo student 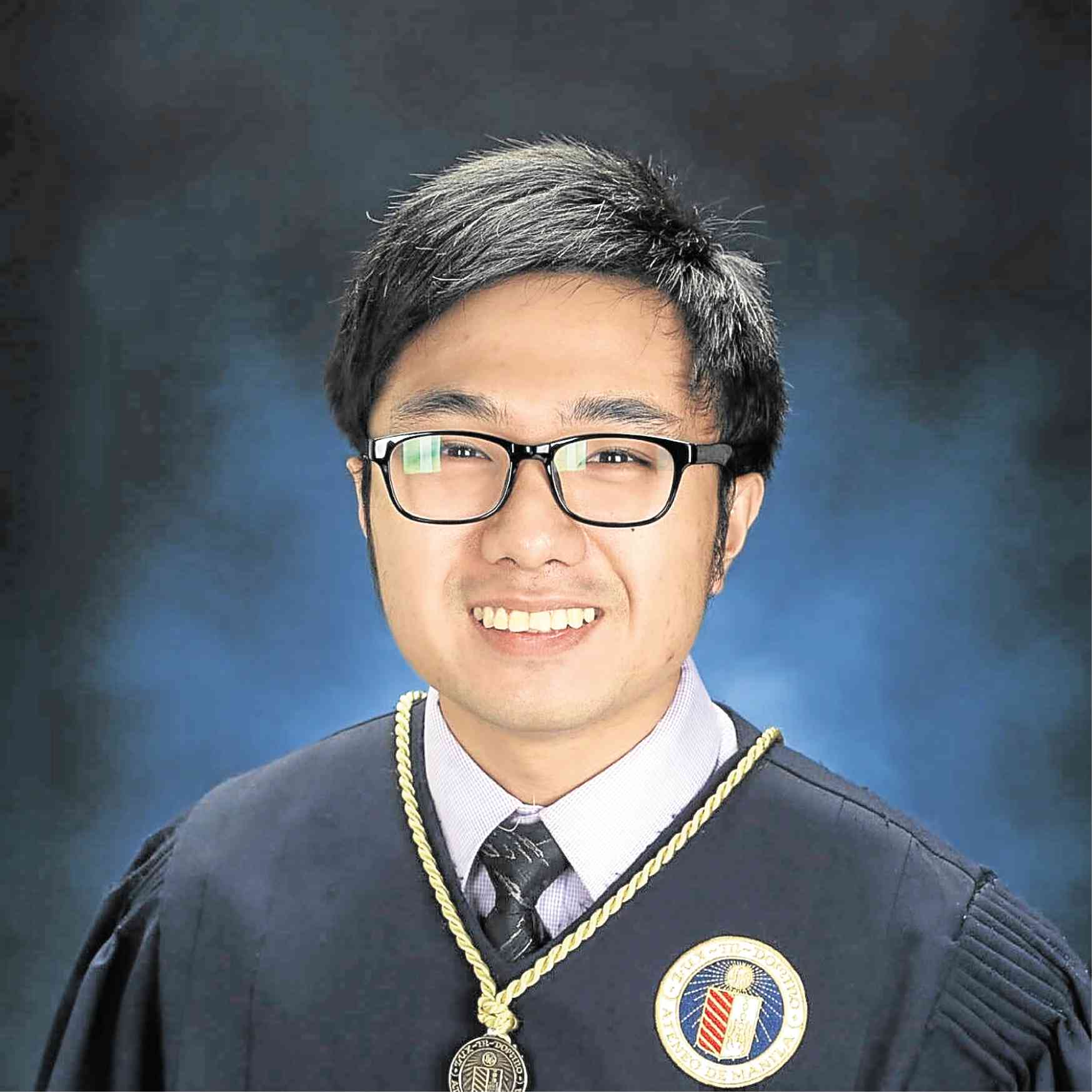 The Marikina police have arrested two suspects in the killing of Ateneo de Manila University student Francis de Leon, who was believed to be a victim of a robbery gang prowling the city for random targets.

First to be arrested on Wednesday morning was the alleged gang leader, Jayvee Santos, 24, who was stopped at a police checkpoint in Barangay Apitong, Marikina.

At a press briefing on Wednesday, the Eastern Police District presented “Ralph,” a man who claimed to be a member of Santos’ gang and had pointed to Santos and the teenager as De Leon’s killers.

Ralph approached the Marikina police on Tuesday to provide information on Santos, who he said also went by the alias “Diablo.” Allowed to speak to reporters, he admitted being part of the gang but denied any role in the robbery.

He said he went to see Santos at the latter’s house around 9 a.m. of Dec. 1, hours after the victim’s body was found, where the suspect showed him what he believed to be the cell phone stolen from the Ateneo student.

“[Santos] told me, ‘I got this at Concepcion Uno, on J. Molina Street. Maybe you can help me find a buyer,” said the witness.

He said he initially considered joining the robbery but backed out at the last minute. Santos’ plan on the night of Nov. 30 was to steal from “whoever passed by,” he added.

Santos denied the allegation and claimed he was just being framed.

His wife, he said, could prove that on the night the student was killed he was at a subdivision in San Mateo, Rizal province, where he had been “hiding,” being a wanted man in another robbery case.

“It wasn’t me who killed De Leon. I didn’t try to hand any cell phone to [the witness],” Santos told reporters.

According to Marikina Mayor Marcelino Teodoro, Santos was convicted earlier this year for another robbery.

The National Capital Region Police Office chief, Director Guillermo Eleazar, said that aside from robbery with homicide charges, a case of illegal possession of firearms would also be filed against Santos, who allegedly had a handgun tucked in his waistband when accosted Wednesday.

Manhunt operations were ongoing against two more suspects from Santos’ group. “But we believe that with the arrest of the suspect, we have solved this case,” Eleazar said.

De Leon was taking up a master’s course on disaster risk management in Ateneo and was a former employee at the Department of Education, where he served as a contingency planner.