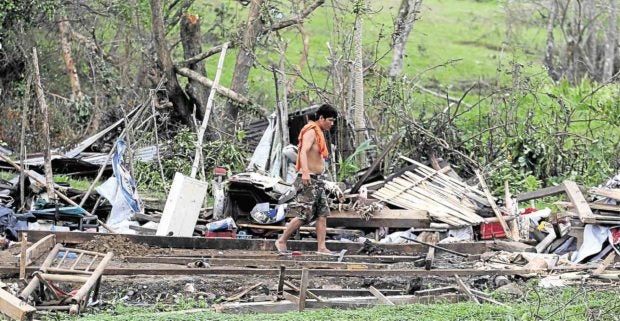 Binay said the city council passed City Ordinance No. 2018-102 allocating the amount to support the rehabilitation programs of the areas affected by the typhoon.

“We would like to help out fellow local government units with their efforts to recover from the severe damage inflicted by Ompong. We hope our donations can somehow alleviate the plight of the victims,” Binay said.

Under the ordinance, P8.25 million was earmarked for selected provinces in the Ilocos Region, Cagayan Valley, Central Luzon — Regions 1, 2, and 3, respectively — and the Cordillera Administrative Region (CAR).

Another P14.5 million was allocated for 34 cities in the same regions.

Makati will give P1 million to Laoag City.

In Ilocos Sur, Cabugao will get P1 million, and Caoayan and Santa Lucia will get P500,000.

In La Union, Caba, Naguilian and Santol will get P250,000 each, while Agoo City will receive P1 million.

In Pangasinan, Aguilar, Alcala and Rosales will each receive P250,000; Mangatarem will receive P750,000; and Mangaldan will receive P1 million.

In Aurora, Disalag and Dingalan will each receive P250,000.

In Pampanga, the province of Masantol will receive P250,000.

The Makati Disaster Risk Reduction and Management Council (MDRRMC) approved a maximum of P500,000 financial aid to affected provinces with 5,001 or more affected families under City Ordinance No. 2017-006.

Presidential Proclamation No. 593 issued last Sept. 25 declared a state of calamity over Ilocos Region, Cagayan Valley, Central Luzon, and CAR. due to “widespread destruction and substantial damage and deaths.” /atm