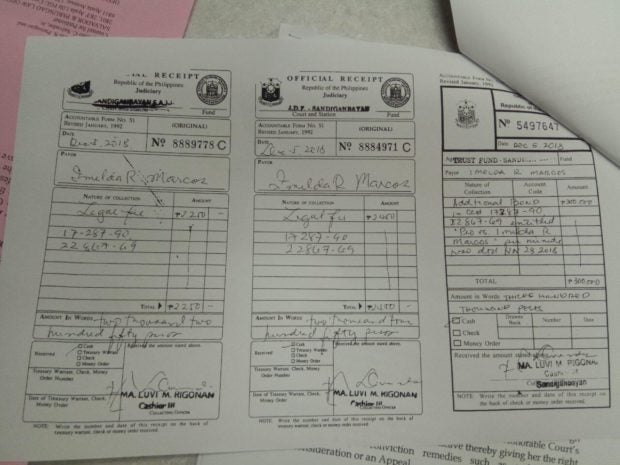 Marcos was allowed to post bail last November 28, after the Sandiganbayan Fifth Divsion granted her request to avail of post-conviction remedies, while her appeal is still pending.

The widow of the late strongman, former President Ferdinand Marcos, was convicted in early November for seven counts of graft.  This was for her involvement in the transfer of funds to Swiss foundations while occupying key government posts. /jpv