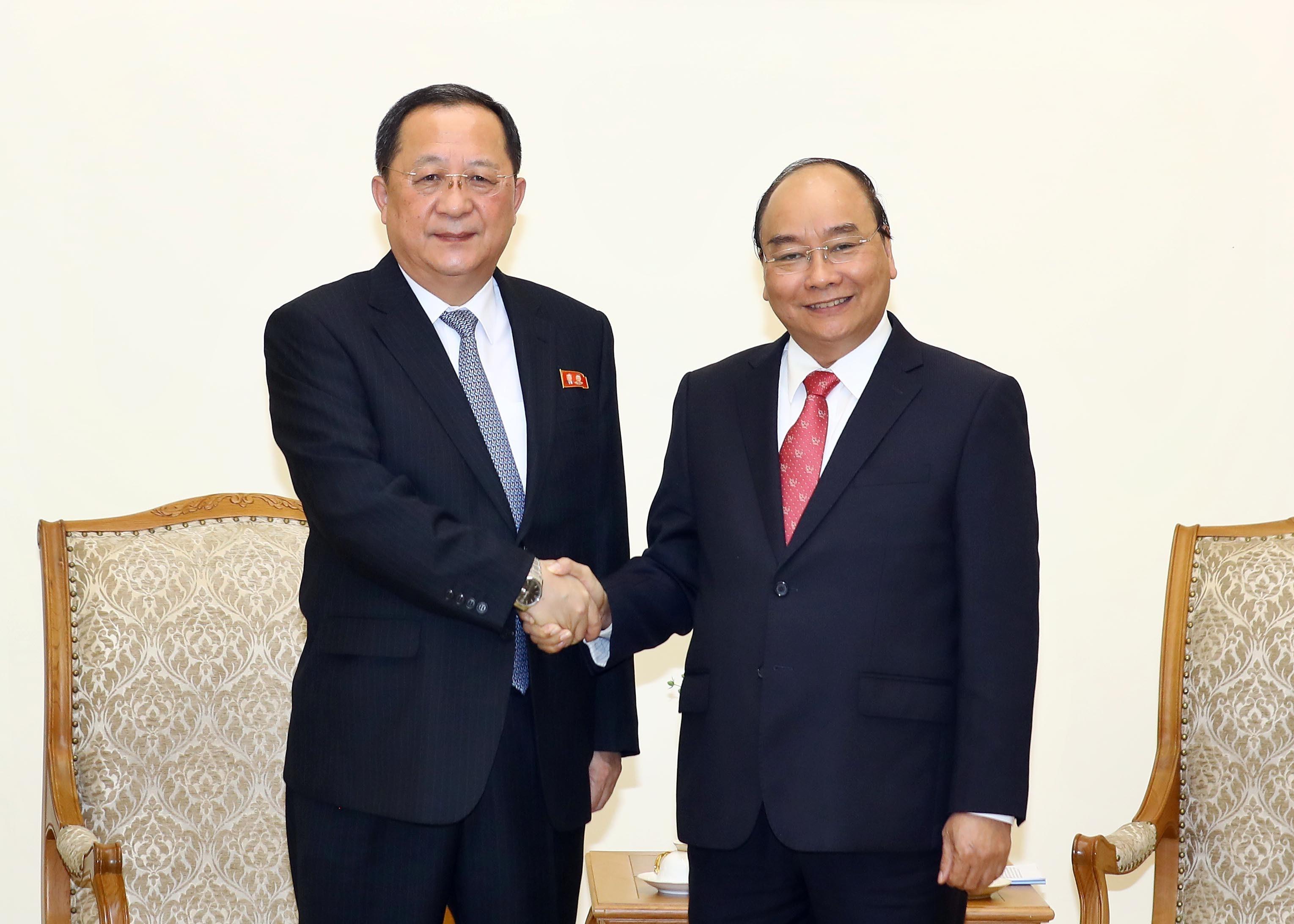 HANOI – Vietnam always wants to strengthen and develop the traditional friendship with North Korea, Prime Minister Nguyen Xuan Phuc said during his reception for North Korean Foreign Minister Ri Yong-ho in Ha Noi last weekend.”The Vietnamese Government and people are ready to conduct exchanges and cooperate with the North Korean Government and people in all aspects for the interests of both countries and in line with international law and the era’s general trend, contributing to peace, stability and development in the region and the world,” the PM said.

He discussed with the guest the Doi Moi policy of Vietnam and measures to implement the policy under the leadership of the Communist Party of Vietnam (CPV) over the past 30 years, including the building of the socialist-oriented market economy and improvement of the people’s living conditions.

He added that “Vietnam is willing to share experience with North Korea in expanding external economic ties, attracting investment and developing tourism.”

The PM welcomed the positive developments in the Korean Peninsula, particularly outcomes of summits between North Korea and the US and South Korea in the past.

He expressed the wish that North Korea and concerned parties would make the best use of opportunities for dialogue and be flexible in implementing reached agreements so as to achieve substantial progress in the denuclearization of the Korean Peninsula.

PM Phuc said Vietnam was ready to make active contributions to the dialogue process between North Korea and related parties.

Ri Yong-ho affirmed the consistent stance of the Party and Government of North Korea on continuing to strengthen and develop the traditional friendship with Vietnam, which is a valuable asset fostered by President Kim Il-sung and President Ho Chi Minh.

He said, North Korea wanted to bolster exchanges and co-operation with Vietnam in fields that meet each country’s needs and strengths.

The FM said North Korea was working to popularize the new strategic guideline set by President Kim Jong-un and adopted by the 3rd meeting of the 7th Central Committee of the Workers’ Party of Korea, which focuses on economic development.

According to the minister, in order to build a peaceful environment for economic development, President Kim Jong-un has recently intensified external activities with related countries.

He wished the Vietnamese people great achievements in implementing the guidelines of the 12th National Congress of the Communist Party of Vietnam.