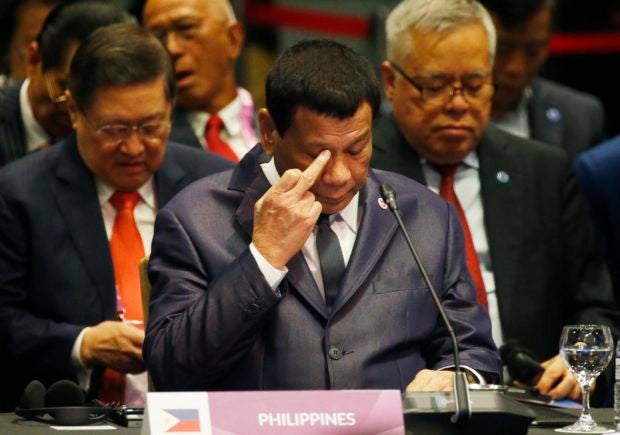 MANILA, Philippines — Malacañang reiterated Tuesday that President Rodrigo Duterte is in favor of legalizing medical marijuana, a day after the nation’s top leader joked about using cannabis to stay awake.

“Well, the President already made a statement on that prior. He said for purposes of medicine to heal, he’s in favor, but not for use other than that,” presidential spokesperson Salvador Panelo said in a Palace briefing.

Panelo said the President was in favor of “controlled” and “regulated use of marijuana for medical purposes.”

“There have been researches. In fact, in some countries, marijuana is legalized. Canada. In fact, in some states in the US, it is used there. But it is controlled, regulated. The President is for that,” he stressed.

In a speech on Tuesday, Duterte said he was taking marijuana to keep him awake, citing his hectic schedule during the 33rd ASEAN Summit and Related Summits in Singapore last month.  He later dismissed his remarks as a joke.

READ: Duterte admits using marijuana to keep him awake | Duterte on ‘admission’ to marijuana use: ‘It was a joke’

In several press interviews, Duterte has said he was in favor of medical marijuana.