Cleanser, instead of apple juice, mistakenly served to preschoolers 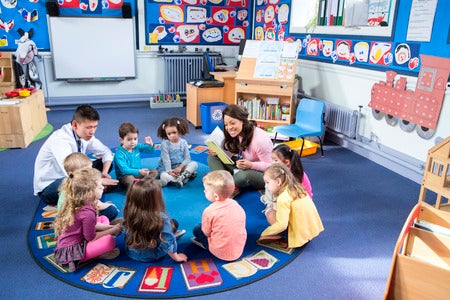 The children’s snacks were prepared that morning by a classroom assistant, which consisted of crackers and apple juice. The assistant saw the container of the yellow/brown surface cleaner from the clean-up cart and mistakenly poured it into cups while the teacher tended to the preschoolers, as per KHON2 on Nov. 30

The teacher was vigilant and immediately stopped the preschoolers from drinking the dubious liquid upon smelling it. Three students, ages four and five, however, drank a small amount. They were later given a clean bill of health by the emergency medical services.

Just how the mistake was committed remains unknown, as the report stated that the surface cleaner was inside its original labeled container. The cleaning supplies are also stored in its proper cabinets, separated from food items.

Meanwhile, the school has taken accountability and notified parents through e-mail regarding what happened. A meeting was also held on Nov. 29 to answer further concerns.

“I personally believe that this could have happened anywhere,” Turina Lovelin, a parent, said in the report. “That an individual who was compromised in some way they could have made this error in any place.”

The classroom assistant is no longer connected with the school. Cody Cepeda/JB

Father jailed for trying to feed his kids rat poison