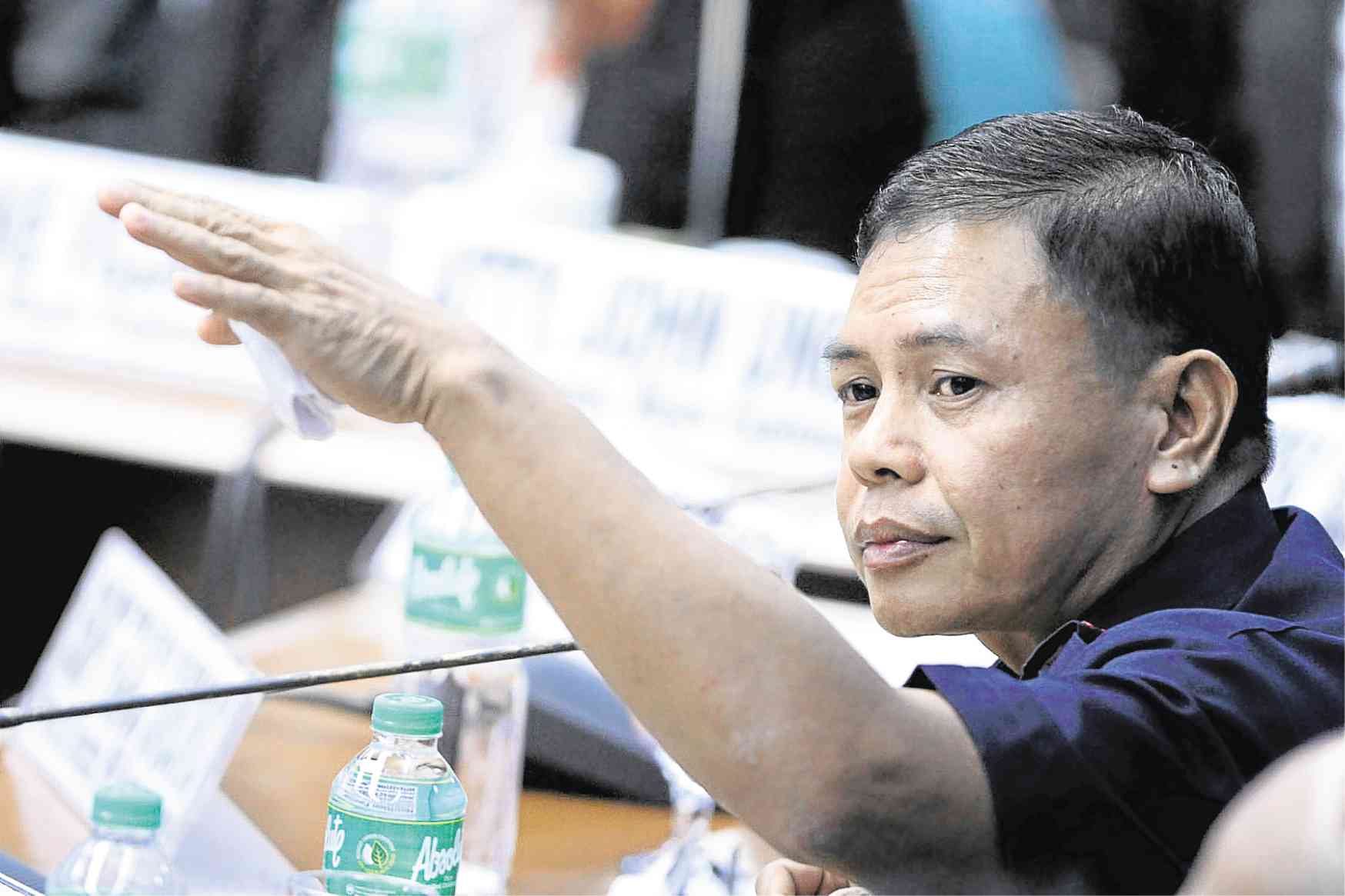 But a day later, Espenido received word that President Duterte wanted him to return to Ozamiz City in Misamis Occidental province, where, as police chief, he led a series of antidrug operations that resulted in the killing of Mayor Reynaldo Parojinog and 14 others in July last year.

“There is an order for me to return. So, I will follow the order,” Espenido told the Inquirer in a telephone interview on Thursday.

On Wednesday night, President Duterte ordered the leadership of the Philippine National Police to return Espenido to Ozamiz, supposedly to finish off remnants of the drug network allegedly led by Parojinog.

The President issued the order in the middle of his speech, aired live by the government television network, at Barangay Labo in Ozamiz, where he led the groundbreaking ceremony for the city’s airport modernization project.

When reached by phone, Albayalde was heard telling the President, “Yes, sir, pabalikin ko (I’ll ask him to return) … will do.”

Before the phone call, the President asked his audience whether they wanted Espenido back in Ozamiz. They responded by cheering and applauding.

“Once [Espenido] is back, I’ll tell him to finish them off,” Mr. Duterte said, stressing that he would “wipe out” members of Parojinog’s clan.

In Camp Crame on Thursday, Chief Supt. Benigno Durana Jr., PNP spokesperson, said there was nothing irregular about  Espenido’s transfer.

“The Commander in Chief has the authority under the law to deploy anyone from the uniformed service … anywhere in the country and the ultimate goal of the exercise of this authority is to serve the best interest of the citizens,” Durana told reporters.

He said Duterte brought back Espenido to Ozamiz City on the clamor of residents.

Espenido said he had already dismantled the illegal drug operations of the Parojinogs.

“They have been neutralized … But their men on the ground continue their illegal drug activities,” he said.

The Palace on Thursday said the President issued the order because the drug incidence in Ozamiz “increased by leaps and bounds” since Espenido left.

“So, the President needs men like Espenido to do the work,” presidential spokesperson Salvador Panelo told reporters.

When asked to comment on the President’s statement that he would “wipe … from the face of the earth” members of the Parojinog clan, Panelo said Duterte was referring to all those involved in illegal drugs.

Panelo said the President did not mean to order the killing of Parojinog’s relatives.

“They should be prosecuted to the fullest,” he said, adding that police would be forced to kill only if the suspects would resist arrest and attack authorities.

Panelo said Mr. Duterte would “pursue, to the ends of the earth, these criminals until they are behind bars.”

“All actions of the President are based on one constitutional command—that is to serve and to protect the people,” he added.

Espenido was the former police chief of Albuera town in Leyte province, who earned notoriety for his role in the government’s campaign against drugs.

He was credited for dismantling the illegal drug operation of Rolando “Kerwin” Espinosa Jr., whose father, Rolando Sr., was town mayor of Albuera.

Mayor Espinosa, who was among local politicians linked by the government to the illegal drug trade, was later jailed at the Leyte subprovincial jail in Baybay City but was killed on Nov. 5, 2016, in a supposed shootout with members of the Criminal Investigation and Detection Group.

From Albuera, Espenido was tapped to head the Ozamiz City police.

In July last year, about seven months after his reassignment, police raided the house of Parojinog, killing the mayor, several relatives and supporters. The mayor’s children, Vice Mayor Nova Princess Parojinog and Reynaldo Jr., were arrested during that operation.

In October this year, Espenido was moved to Virac, Catanduanes, but he was not able to assume his post because he was again reassigned to Samar. —REPORTS FROM JOEY GABIETA, GERMELINA LACORTE, CHRISTINE AVENDAÑO AND JEANNETTE ANDRADE