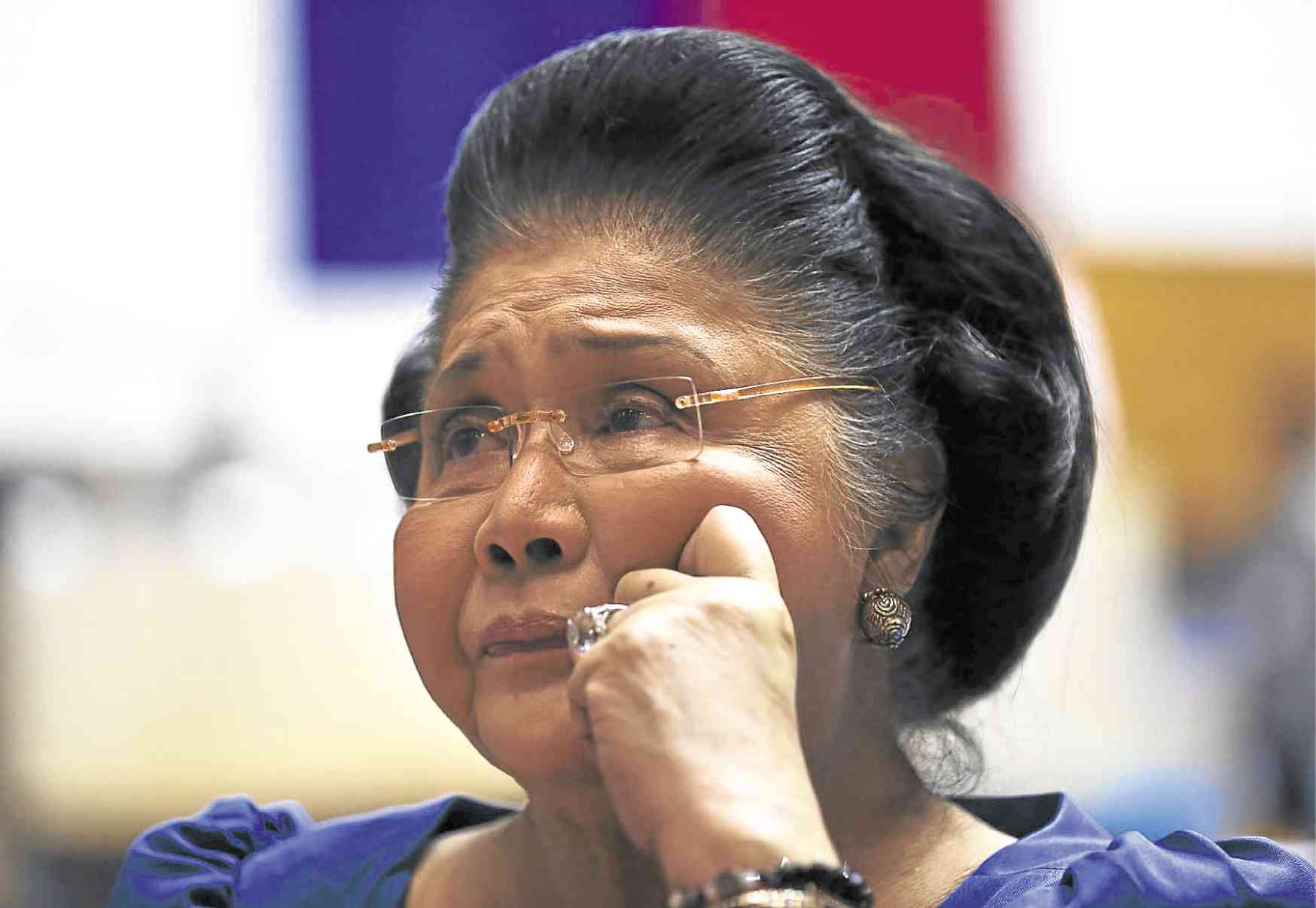 Convicted Ilocos Norte 2nd District Rep. Imelda Marcos has pulled out of the gubernatorial race in their province but has fielded incumbent Governor Imee Marcos’ son.

Imelda’s office confirmed this to INQUIRER.net on Thursday, the last day for candidates’ substitution set by the Commission on Elections. Her grandson, Ilocos Norte 2nd District Board Member Matthew Marcos Manotoc, will substitute her.

Manotoc, the youngest of Imee’s three sons, previously filed his certificate of candidacy for vice governor of the province, according to his Facebook post. Board Member Mariano “Nonong” Marcos is now his vice governor.

Fariñas was an ally of the Marcoses until 2017 when he initiated a congressional inquiry into Imee’s alleged misuse of the province’s share of the tobacco taxes.

The 89-year-old late dictator’s widow was convicted of seven counts of graft by the Sandiganbayan last November 9.

The anti-graft court ruled on seven cases concerning Swiss accounts where around $200 million were channeled by Mrs. Marcos while holding various positions in government during her husband’s reign.

Mrs. Marcos, who has been known to own 3,000 pairs of luxurious shoes, was sentenced to imprisonment of six years up to 11 years for each count of graft.

Mrs. Marcos earlier justified her absence during the Sandiganbayan’s judgment by claiming she has seven ailments, was “indisposed,” and “suffering from multiple organ infirmities.” But she was seen attending her daughter Imee’s birthday bash on the night of the verdict.

READ: Imelda Marcos: I missed judgment day due to 7 ailments