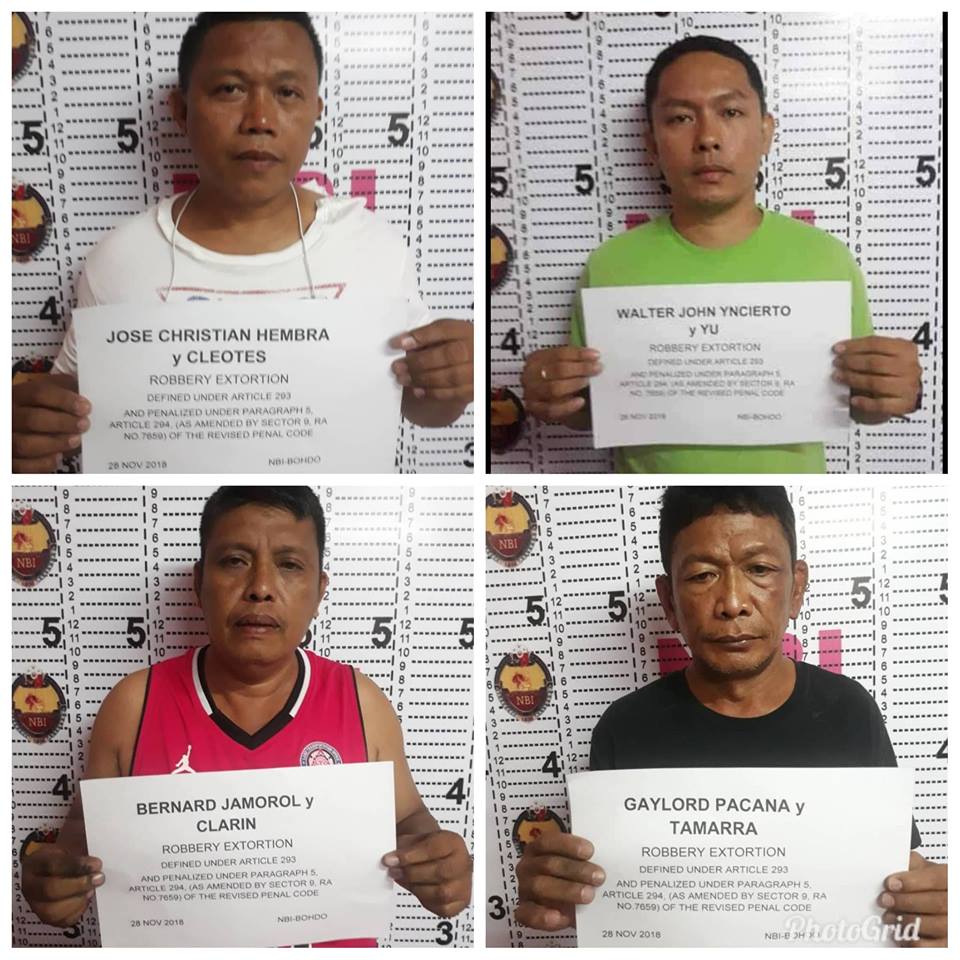 TAGBILARAN CITY, Bohol – Four Cebu-based Land Transportation Office (LTO) enforcers who were assigned in Bohol province were arrested in an entrapment operation by agents of the National Bureau of Investigation (NBI)-Bohol on Wednesday afternoon.

It took weeks for the NBI agents to conduct surveillance on the suspects.

“Our investigation took longer because it was not easy to pinpoint someone who had illegal activity since they have legitimate operations too,” said Oliva.

Transport operators and drivers were instructed to deliver alleged bribes in exchange for non-application of violation and penalties at a Pension House where these enforces were staying.

Oliva said that on Nov. 28, a certain Rosendo Magan, Jr, who was driving a tourist van owned by Abraham Dante traversing the Panglao Circumferential Road going to Alona Beach in Barangay Tawala in Panglao, was stopped by LTO Region 7 enforcers near Eskaya Resort.

Magan’s affidavit said Pacaña confiscated his driver’s license and the registration papers of his vehicle even though the tourist van has a franchise from LTFRB.

The four enforces demanded P10,000 in exchange for releasing the registration papers of his vehicle as well as his driver’s license.

Magan went to NBI-Tagbilaran to report the incident and lodge a formal criminal complaint.

At 4 p.m. on Wednesday, NBI agents conducted an entrapment operation against the erring LTO enforcers.

Magan was instructed by the enforcers to deliver the P10,000 at the Vest Pension House in Tagbilaran.

The suspects were arrested while receiving marked money from Magan.

The marked money was recovered from Pacaña, who was identified as the team leader.

The suspects face charges of robbery extortion in violation of Article 294 of the Revised Penal Code, the Anti-Graft and Corrupt Practices Act, and the Code of Conduct and Ethical Standards to Public Officials and Employees.