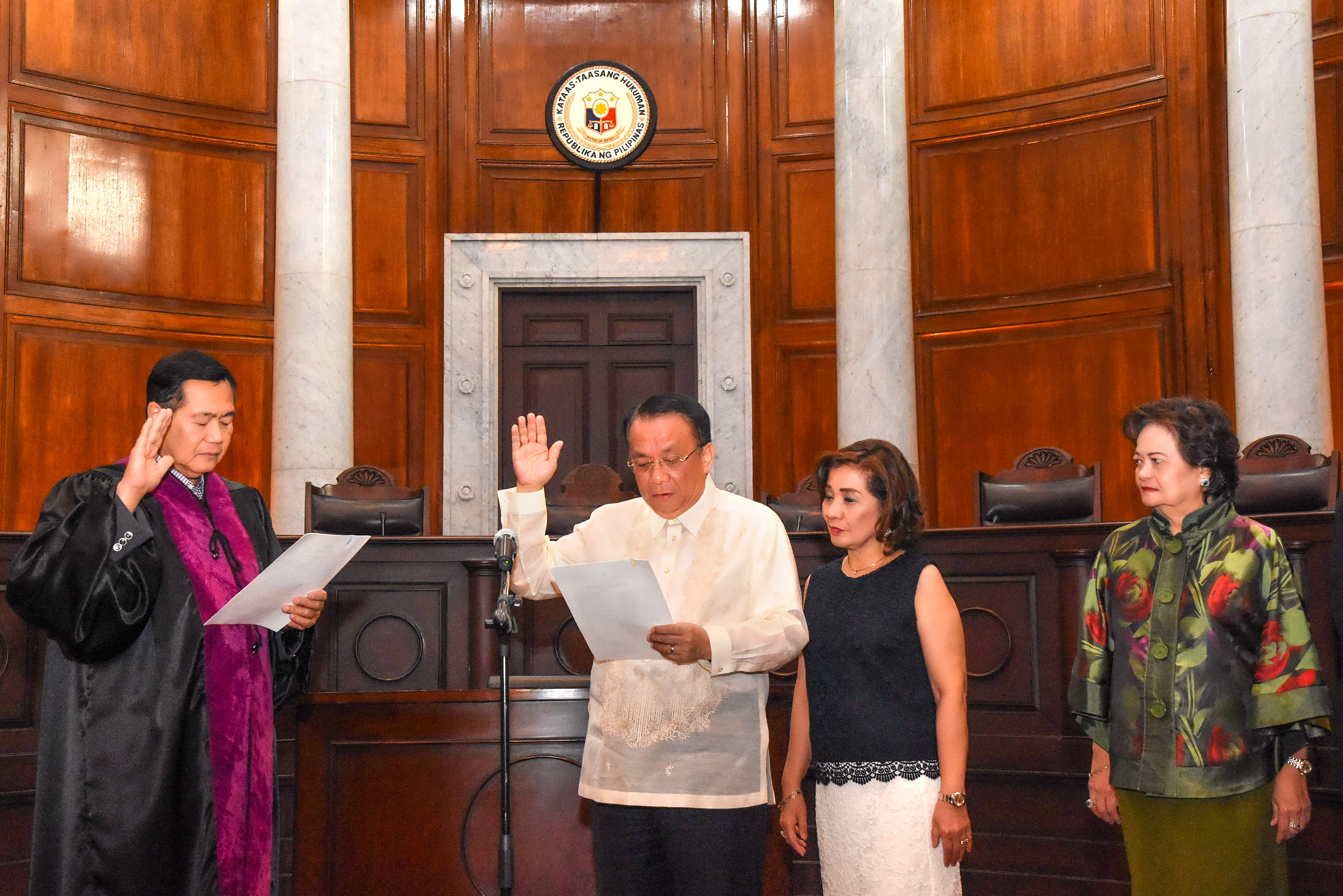 The air of collegiality and camaraderie among the justices of the Supreme Court is strong, Chief Justice Lucas Bersamin said on Wednesday.

“They love me and I love them also,” Bersamin told reporters.

He specifically mentioned Senior Associate Justice Antonio Carpio, Associate Justice Diosdado Peralta, Estela Perlas Bernabe, Mariano Del Castillo and Marvic Leonen as among the justices whom he is working together for five years and more.

Camaraderie and collegiality are among the two issues at the Supreme Court during the time of former Chief Justice Maria Lourdes Sereno. The former chief justice was ousted via quo warranto proceedings voted upon by a majority of her former colleagues. Her former colleagues alleged that there are instances that Sereno made decisions on her own when it has to be decided upon by the en banc or in full court, with the 15 justices participating.

Now, Bersamin said they may have differences of opinions, philosophy and learning but “we are so close. We have good times together.”

After en banc every Tuesday, he said they may have debates during the session but they leave those disputes at the session room when they go to the other room for lunch.

“There, we banter, we do not think of the differences. We break down the walls that separated us moments ago,” Bersamin said.

As proof, Bersamin took his oath of office before Carpio after he was appointed Chief Justice. Carpio is one of the strongest contenders for the chief justice post.

Bersamin said for them, they are a permanent institution.

“Whether there is a new President, that is irrelevant to us,” he added.