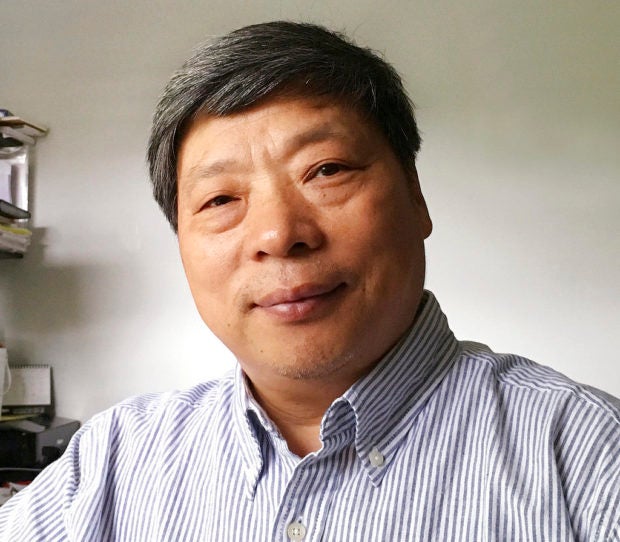 Now, the award-winning photographer is at the center of his own stark story. He was taken away by state security agents three weeks ago for unknown reasons, Lu’s wife, Xu Xiaoli, told The Associated Press late Tuesday.

Xu said Lu was traveling in Xinjiang on Nov. 3 when she lost contact with him. He had connected with photographers in Urumqi, the capital, one week before and was scheduled to meet a friend in Sichuan province on Nov. 5, but he never showed up.

A friend of Xu helped her inquire about her husband’s whereabouts in his home province of Zhejiang, where authorities said Lu and a fellow photographer had been taken away by Xinjiang state security. They did not give any further details, the friend told Xu.

“I know that he wouldn’t have done anything illegal,” Xu, 45, said in a phone interview from New York, where she is studying art design and raising their child.

Xinjiang’s propaganda department did not immediately respond to a faxed request for comment. When asked about Lu during a regular briefing Wednesday, Chinese foreign ministry spokesman Geng Shuang said he was not aware of the situation.

Lu won first prize in the prestigious World Press Photo contest for a series on poor Chinese villagers who became infected with HIV after selling their own blood to eke out a living.

His photos tackle gritty subjects like pollution and industrial environmental destruction — issues traditionally avoided by the Chinese press because they risk punishment for exposing societal problems that the government may consider sensitive.

But Lu never had problems with the police before, according to Xu, who added that she was not aware of any photo projects he had planned for his Xinjiang trip.

“He has a strong sense of social responsibility,” she said. “He believed, after confronting the faces of the destitute, that there were things that people should know. At the very least, he believed that (his photos) might motivate them to help others, to trigger change and make things better.”

Lu’s profile on the World Press Photo website says he is the recipient of numerous other photography honors including Germany’s Henri Nannen Prize in Photography and a National Geographic Photography Grant.

It says Lu was the first photographer from China to be invited by the U.S. State Department as a visiting scholar.

Xu said she believes it was Lu’s first visit to Xinjiang. A stifling security apparatus has been imposed on the region in recent years as the government combats what it calls terrorist threats from Xinjiang’s predominantly Muslim ethnic Uighur and Kazakh populations. /ee