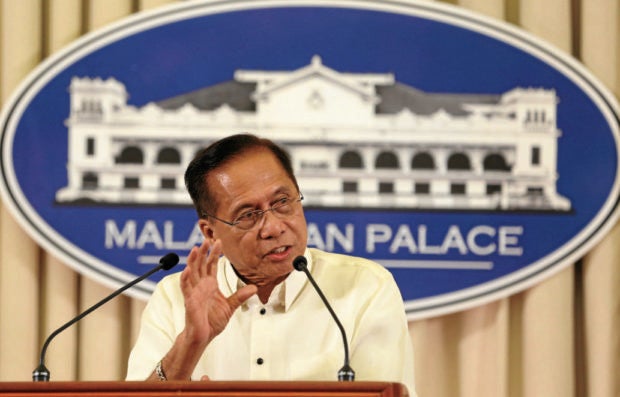 Malacañang on Wednesday commended former Presidential Adviser on the Peace Process Jesus Dureza for taking full responsibility and issuing an apology for the misdeeds of his two subordinates.

“We commend the former Presidential Adviser on the Peace Process for taking full responsibility and issuing an apology under the principle of command responsibility for the transgressions committed by his two subordinates,” Presidential Spokesperson Salvador Panelo said in a statement.

Panelo said Dureza’s resignation “has set a concrete example and put a true meaning to the value of delicadeza and morality in governance.”

“This is leadership by example,” he added.

Panelo issued the statement after Dureza resigned from his post following the allegations of corruption against two officials from his office.

President Rodrigo Duterte has earlier announced the termination of the two and his acceptance of Dureza’s resignation.

The Palace said the termination of Ronald Flores, Undersecretary for Support Services and Pamana National Program Management Office (NPMO), and Yeshter Donn Baccay, Assistant Secretary for Support Services and Pamana Concerns, “serves as another warning to all government officials that no person is exempted from the administration’s high and exacting standards of honesty in public service.”

“Like the war on drugs, the war on corruption must be fought unremittingly,” Panelo noted.