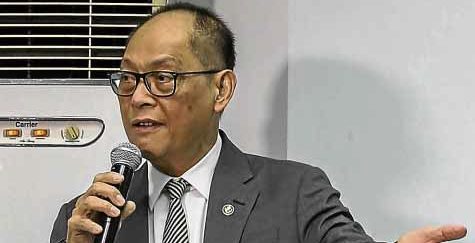 Budget Secretary Benjamin E. Diokno on Monday called on legislators to attend to their duties first before going on vacation to pass the proposed 2019 national budget.

“They have until the end of the year, Dec. 31st,” Diokno told reporters on the sidelines of Sulong Pilipinas 2018: Philippine Development Forum.

“They can work holidays, you know,” Diokno added, referring to legislators.

In the United States, according to Diokno, legislators “work on Saturdays and Sundays.”

“As I’ve said, duty first before leisure,” he said.

He said Malacañang had expected that, after a change in leadership in the House of Representatives, “there will no longer be a problem.”

Diokno said the government would not operate under a reenacted budget but noted that Speaker Gloria Macapagal Arroyo, when she was President, had reenacted budgets in three of her nine years in office.

“Having a reenacted budget does not mean the end of the world, but it has costly consequences on the economy and society,” Diokno said.

“For one, it will stall the government’s ‘Build, Build, Build’ program which, at the moment, is firing on all cylinders,” he said.

He said the proposed 2019 budget allocated nearly P1 trillion for infrastructure, and if the 2018 budget was reenacted, “a big chunk of the infrastructure budget will be stalled, exacerbated by the election ban on new construction.”

He said “small projects” were the ones that would suffer most.

Contrary to views expressed by some congressmen, Diokno said salary increases programmed next year for civilian and military personnel “will have to wait.”

He said after a change in House leadership, “the wind has changed.”

“There are now talks of a reenacted budget,” he said. “Why? What happened?”