A six-wheeled armored fighting vehicle (AFV) of the Philippine Navy and a sedan collided along the southbound lane of Epifanio de los Santos Avenue (Edsa) in Quezon City on Friday night.

According to a report from the Quezon City Police District, the incident happened along Edsa cor. Lanutan street in front of the Panorama Bldg. in Brgy. Veterans Village at 7:30 p.m. 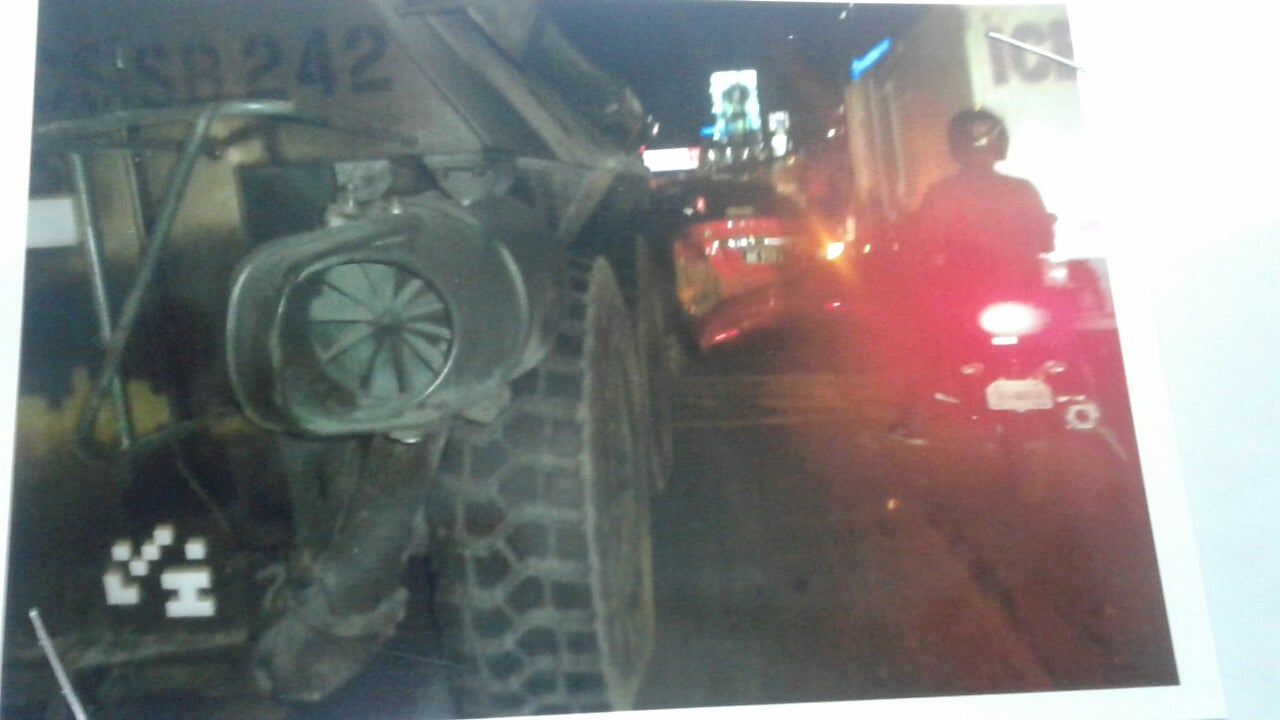 Photo from the Quezon City Police

Investigation showed that the AFV was part of a convoy composed of nine other vehicles. It was driven by Joel Gabay, 41, a member of the Philippine Navy. Police identified the driver of the sedan as Cesar Amba Jr., 45. 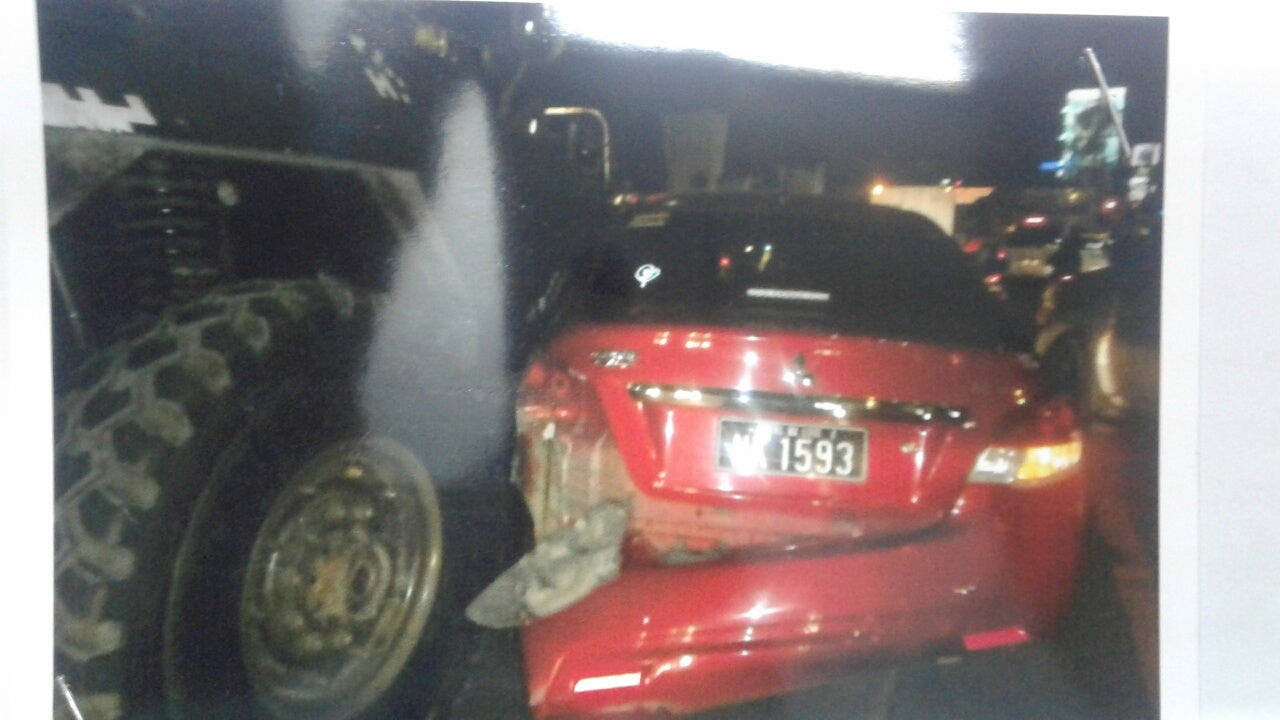 Photo from the Quezon City Police

As a result of the collision, the rear bumper and the left rear tail light of the sedan were damaged. The AFV sustained no damage, according to the police report.

No casualties were reported in the incident as the Quezon City Police continues with its investigation.  / muf