Know your next Chief Justice

All five aspirants to the seat vacated by retired Chief Justice Teresita Leonardo-de Castro have been included in the shortlist which was already submitted to President Rodrido Duterte.

The President now has 90 days from the vacancy or specifically from Oct. 10, the date of De Castro’s retirement to make his choice.

Last Friday, the Judicial and Bar Council (JBC) conducted a close-door interview with some of the candidates just to clarify some matters on the requirements that they have submitted.

The JBC opted to do away with public interviews for the aspirants to the chief justice post as justices speak through their decisions.

Justice Secretary Menardo Guevarra, a member of the JBC added that a majority of the council believe that the candidates have already been subjected to public interviews when they vied for a seat at the High Court.

Let us now get to know the candidates and how they stood up in some high-profile cases: 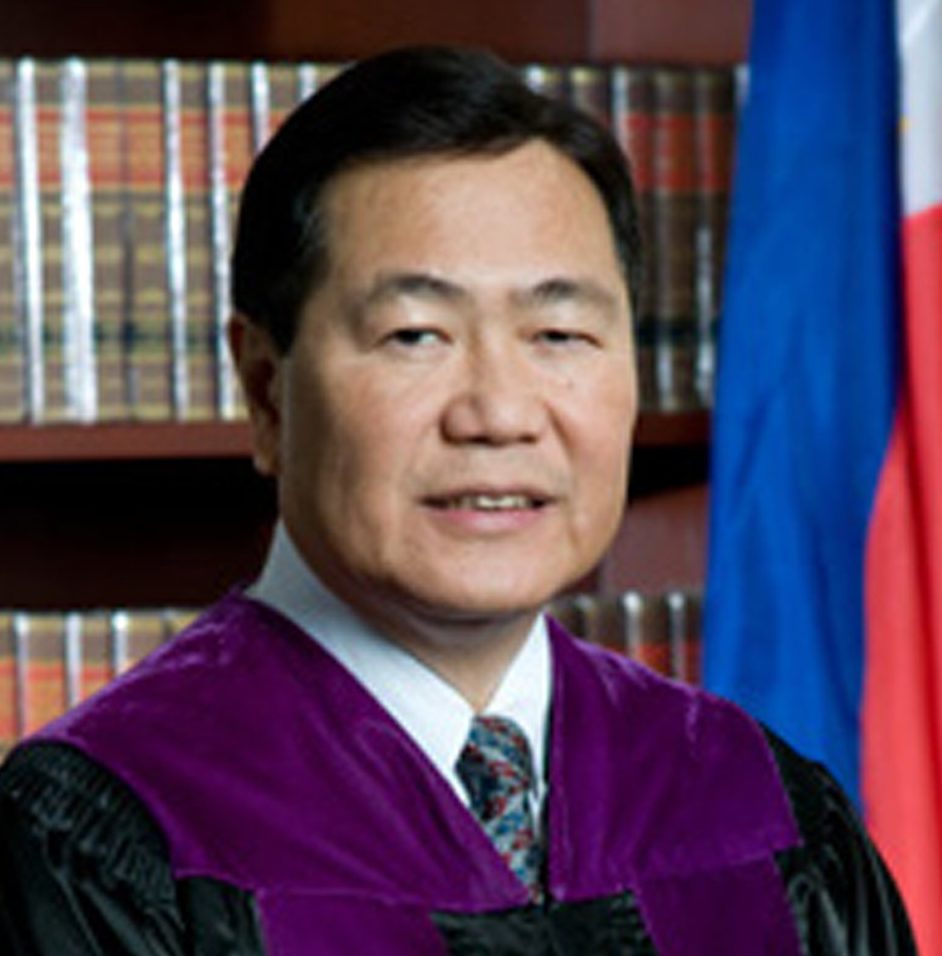 Carpio is a native of Davao City. He graduated from the University of the Philippines College of Law and ranked sixth in the 1975 Bar Examination. He founded the influential Carpio, Villaraza and Cruz Law Firm.

He was a former professor of law teaching Tax and Corporate Law as well as Negotiable Instruments at UP Law until he was appointed Presidential Legal Counsel in 1992 by then President Fidel Ramos.

He was the first appointee of President Gloria Macapagal-Arroyo.

Carpio was part of the team that argued before the Permanent Court of Arbitration that won in the territorial dispute with China.

To date, Carpio has been going around the country giving lectures on the country’s territorial dispute with China. He does not mince words when it comes to expressing his opinions on how the President is handling the issue with China.

Carpio earlier said that the country’s fight for its territory is more important than any position. 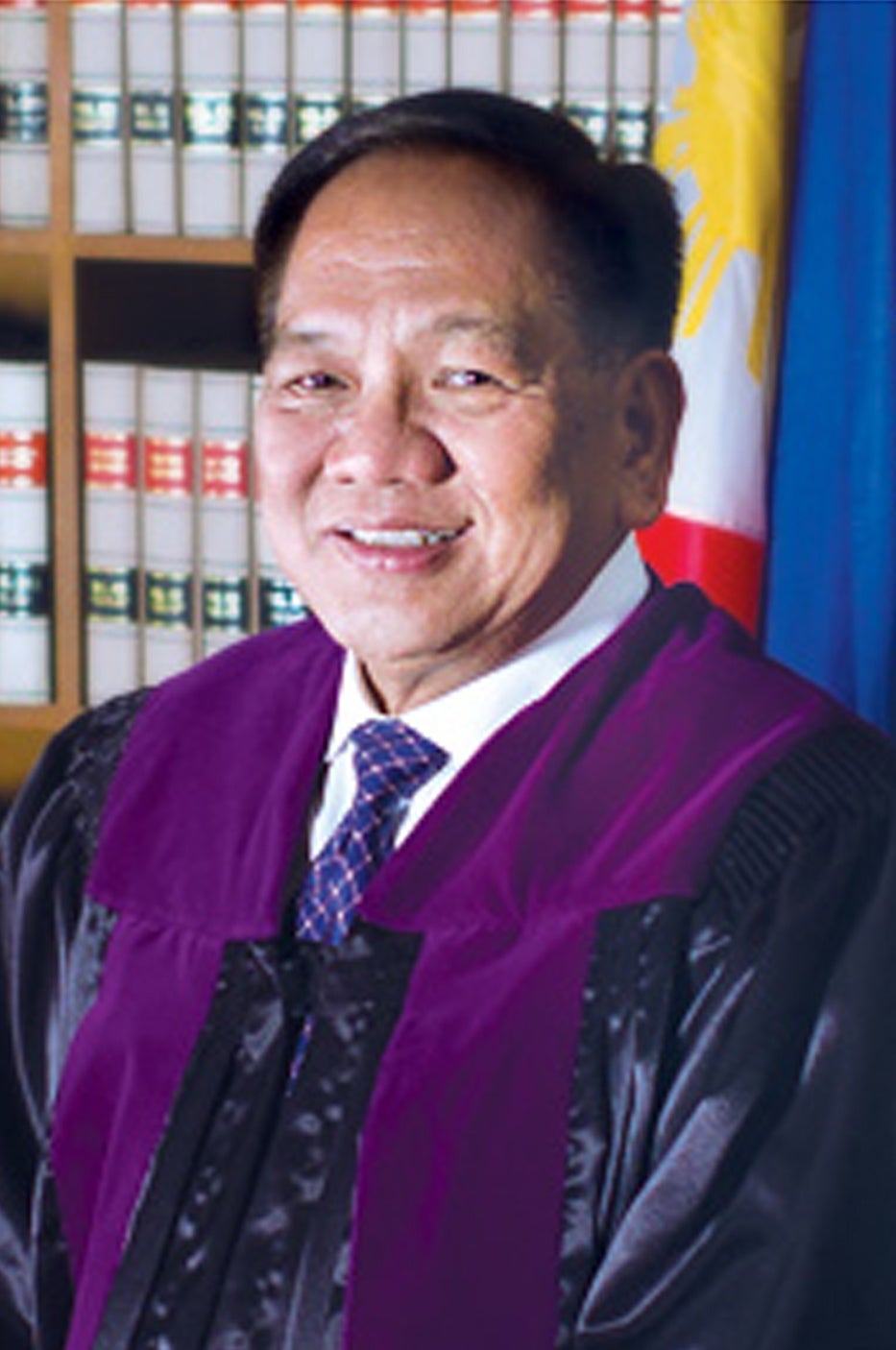 A former Sandiganbayan Associate Justice, he was part of the division that convicted former President, now Manila Mayor Joseph Estrada of plunder.

He rose from the ranks starting as assistant prosecutor in Laoag City and Manila. Peralta then became a Regional Trial Court Judge in Quezon City which was designated as Special Criminal Court on Heinous Crimes. He got the monicker as “hanging judge” for sentencing around 40. people to death.

A former professor of law, his specialty is criminal law. He was chairman of the Bar examination committee in 2014. 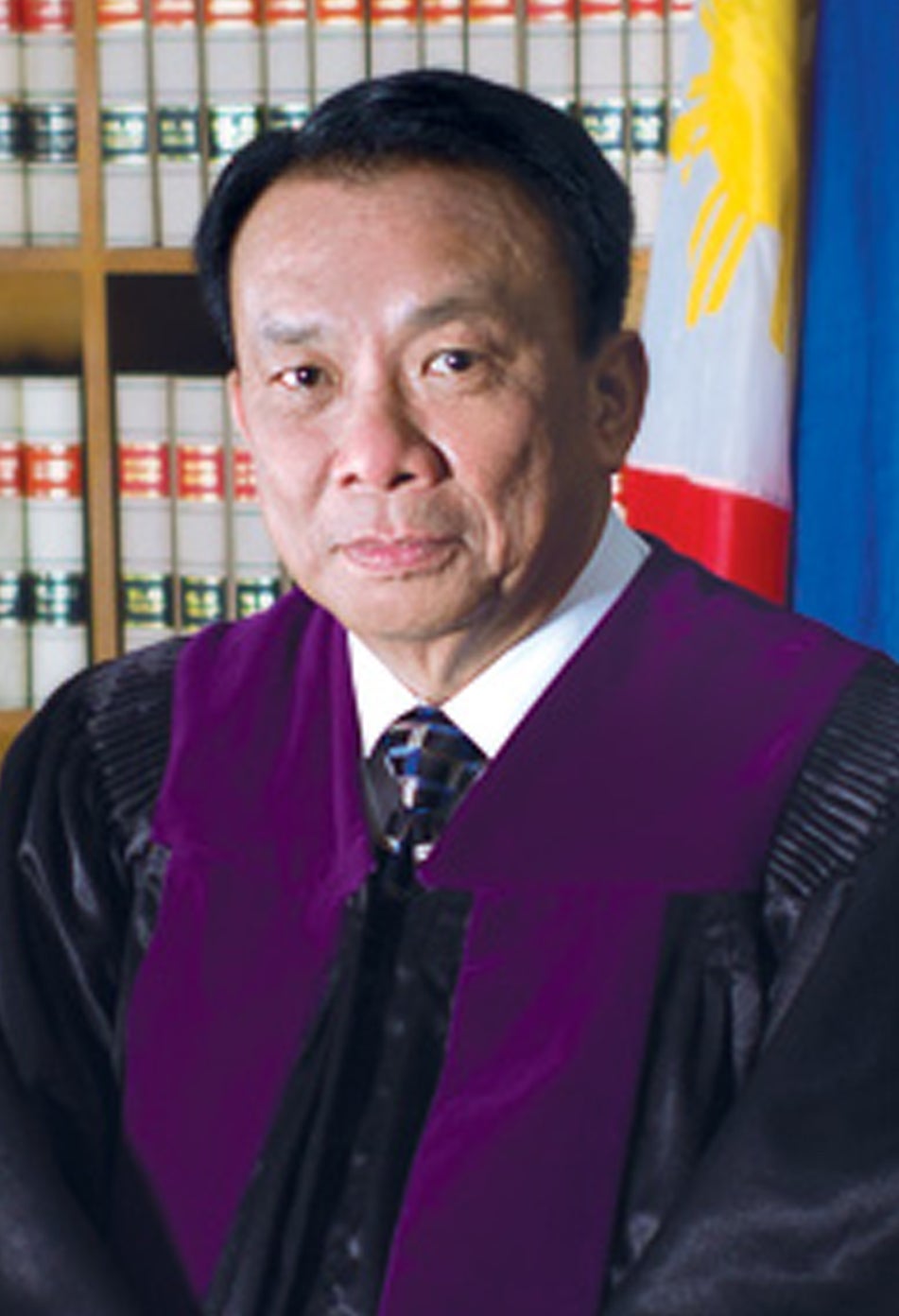 Associate Justice Lucas P. Bersamin is the third most senior associate justice of the Supreme Court.

He graduated from the University of the East College of Law and placed 9th in the 1973 Bar exam.

In college, he took up Political Science at the University of the Philippines. He was valedictorian both in elementary and high school.

Bersamin was also a Regional Trial Court Judge in Quezon City. According to Peralta, that’s when their friendship started with their courts adjacent to each other. From Quezon City RTC, he was promoted associate justice of the Court of Appeals and eventually, the Supreme Court in 2009.

Bersamin was the chairman of the 2017 Bar Examination. In 2008, he was a Bar examiner in Remedial Law. 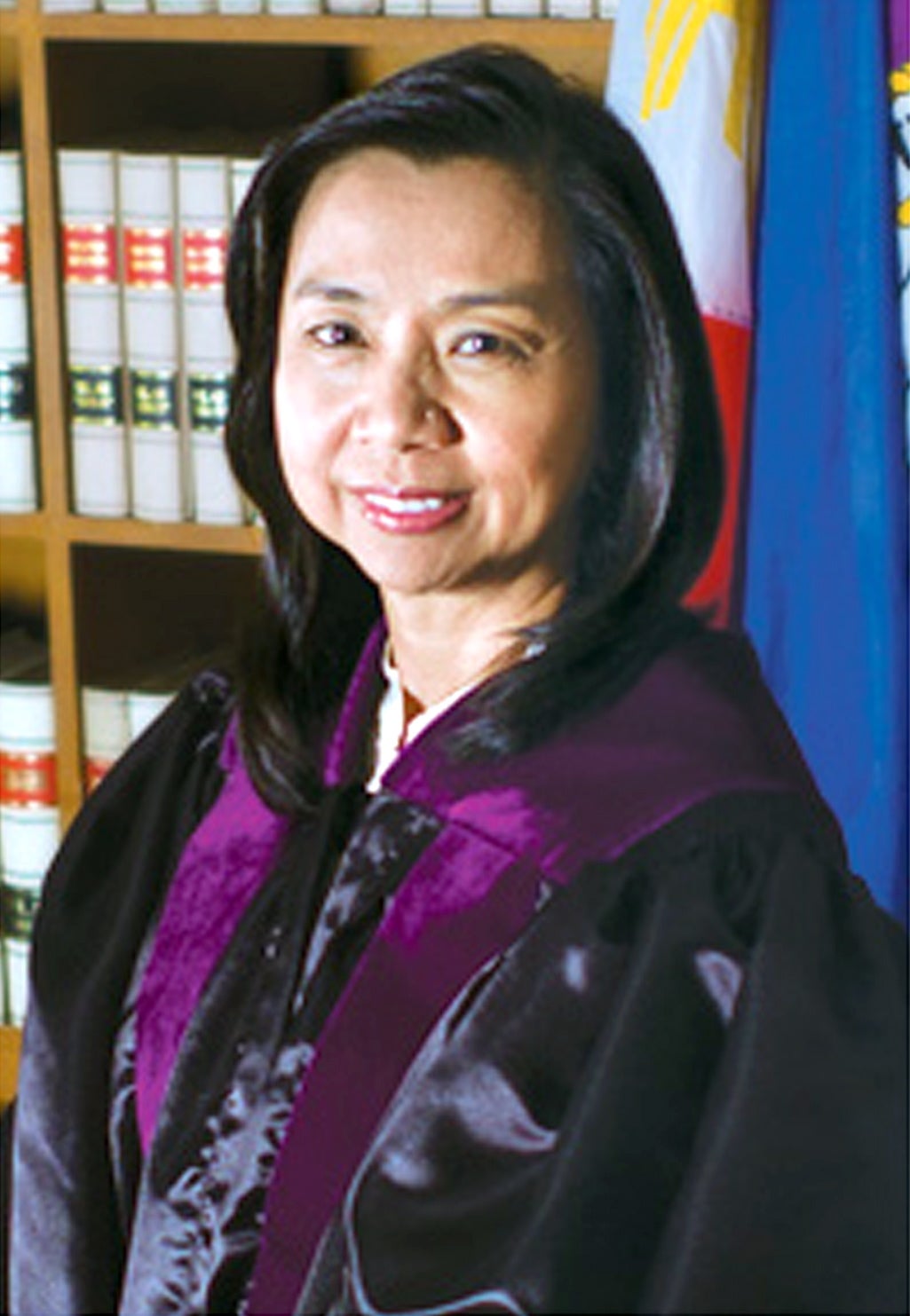 A native of Bulacan, Bernabe graduated from the Ateneo De Manila College of Law. She passed the Bar examination in 1977 with a rating of 85.156 percent.

She started her career as a Technical Assistant in the Office of the Court Administrator of the Supreme Court. She also worked in various private corporations prior to her appointment as Metropolitan Trial Court Judge in 1996. Then, she was promoted to a regional trial court judge of Makati up to 2004. From Makati RTC, she became a Court of Appeals Associate Justice. 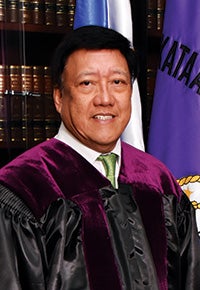 Reyes is the most junior of all the five aspiring chief justice having been appointed only in 2017.

Ha was the third appointee of President Rodrigo Duterte.

He was appointed Court of Appeals Associate Justice in 1999 and became its Presiding Justice in 2010.

Reyes stood by his three colleagues who were cited in contempt by the House of Representatives for ordering the release of six Ilocos Norte government employees who were detained in Congress.

In recent years, the Supreme Court has decided on several cases that has changed the fate of particular people, corrected government’s policies and gave guide on how to deal with international relations.

Senior Associate Justice Antonio Carpio, the longest staying magistrate of the five voted against the following:

In his dissent, Carpio said “it is time to breathe life to this long dormant provision of the Civil Code, to give even just a token redress to religious minorities who suffer mental and emotional distress from mindless profanity committed by irresponsible persons belonging to the religious majority. In the process we will contribute in avoiding a further cleavage in the fabric of our nation, and demonstrate to our Muslim brothers that their grievances can be redressed under the rule of law.”

Carpio, in his dissent said no matter how sincere a person’s religious belief, it should not be used as an excuse to escape criminal and administrative liability.

On the other hand, Carpio, Bersamin and Bernabe agrees with Peralta in affirming the Philippine Military Academy’s decision to dismiss Cadet Aldrin Jeff Cudia.

The high court said the PMA did not violate Cudia due process rights when it enforced its rules on discipline, consisting of its Honor Code for lying.

In affirming the legality of Martial Law declaration in Mindanao, those who voted in its favor said it is the President’s prerogative to take measures in protecting the public.

“It is· true that the 1987 Constitution has a number of safeguards to ensure that the President’s exercise of power to declare martial law or suspend the privilege of the writ of habeas corpus will not be abused. Nonetheless, it does not do away with the powers necessarily included in the effective exercise of such authority. Indeed, certain things taken for granted during times of peace and quietude may have to adapt to meet the exigencies of the moment,” Peralta said.

“What may be considered as unreasonable during normal times may become justifiable in cases of invasion or rebellion. When the threat to society becomes evident, there must be corresponding adjustments in the manner by which the government addresses and responds to it,” he added.

Bernabe, meanwhile said the threat of terrorism spreading in the entire Mindanao requires swift action to ensure the safety of the public.

In the case of granting the quo warranto of Solicitor General Jose Calida that ousted Chief Justice Maria Lourdes Sereno, of the five candidates,  only Carpio and Bernabe were against.

Here is a summary of their voting history: