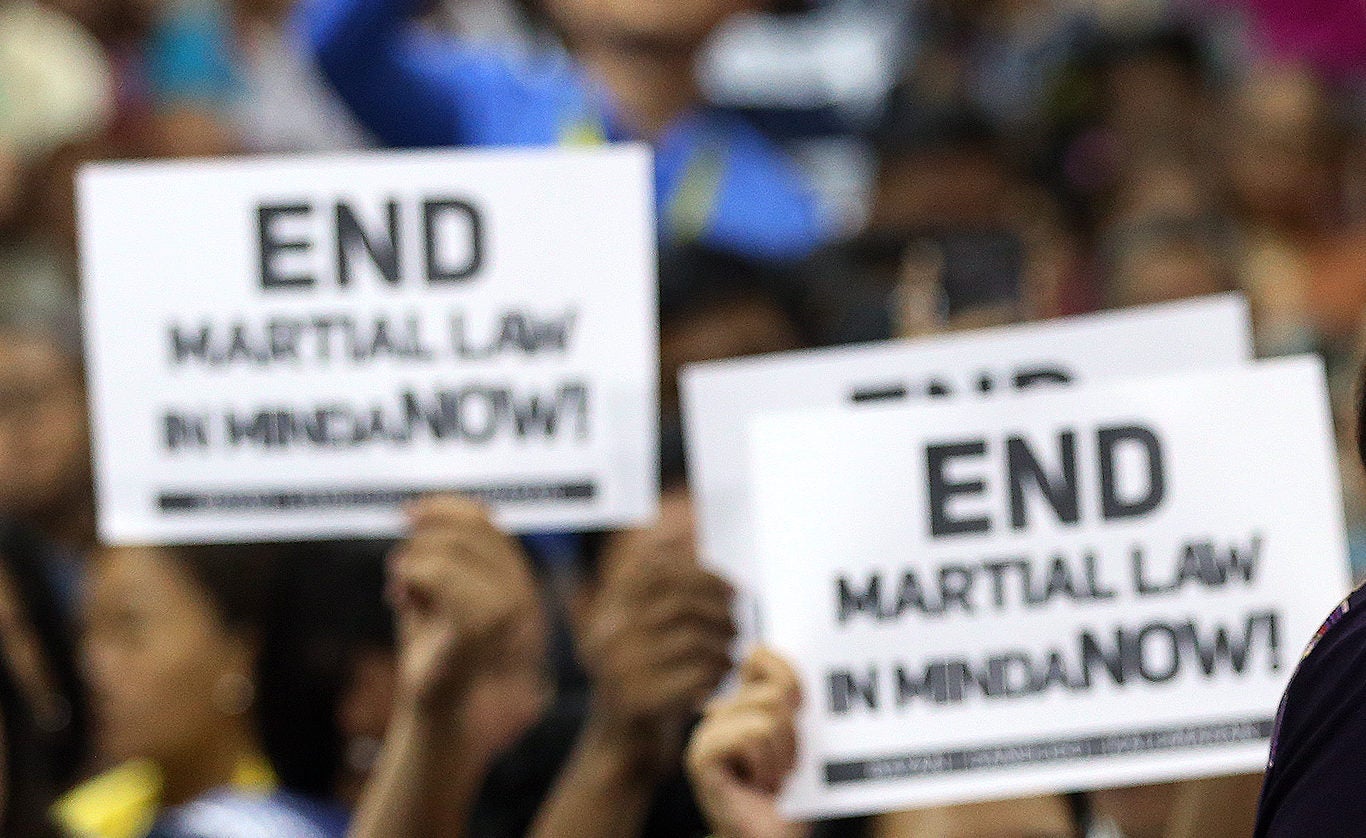 The order of President Rodrigo Duterte to send more troops to the Visayas and Southern Luzon was another step toward the declaration of martial law nationwide, three lawmakers from the Makabayan bloc warned on Friday.

On the President’s directive, Executive Secretary Salvador Medialdea signed on Thursday Memorandum Order No. 32 calling for the deployment of supplementary state forces to Samar, Negros Oriental, Negros Occidental, and the Bicol Region– a supposed move to suppress “sporadic acts of violence” by unspecified lawless groups.

The order claimed, “there is a need to reinforce the directive of the President in order to prevent loss of innocent lives and destruction of property and bring the whole country back to a state of complete normalcy as quick as possible.”

But Anakpawis Rep. Ariel Casilao, ACT Teachers Rep. Antonio Tinio and Bayan Muna Rep. Carlos Zarate said the order may be a prelude to the declaration of a nationwide martial rule.

Together with the administration’s so-called “Red October,” and alleged conspiracy among opposition groups, as well as the ongoing militarization of Duterte’s Cabinet and the civilian bureaucracy, Tinio said the memorandum indicates that the President “is taking another step towards the declaration of martial law nationwide.”

“We denounce these moves, which will only lead to greater repression in the face of growing resistance to the administration’s anti-poor and pro-oligarch policies. Instead of waging war against its own people, the Duterte administration should address their demands for land reform, regular employment, decent wages, and adequate social services,” the progressive lawmaker added.

“More troop deployment is meant to quell the people’s just and legitimate socio-economic demand. It should be rejected,” he added.

Zarate meanwhile pointed out the same scenario was played before in Mindanao before the President declared martial law in the southern region.

“First, there was a denial, then came the declaration of state of emergency citing lawless violence, and, eventually, declaration of Martial law in the island, which is being floated to be extended again,” Zarate noted.

Rather than purse militarist solutions, Zarate urged the Duterte administration to pursue the completion of the Comprehensive Agreement on Social and Economic Reforms (Caser) and other reforms through the peace negotiations./muf/ac