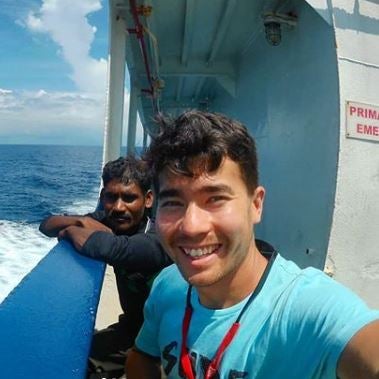 Family members of John Allen Chau, the American missionary who was recently killed by the Sentinelese tribe with bows and arrows in the North Sentinel Island, Bay of Bengal, said in a statement released on social media that they were forgiving those who were responsible for Chau’s death.

Chau, 27, reportedly encroached on the tribe’s island on Nov. 17 in an attempt to preach Christianity to them.

The Sentinelese are known to be an uncontacted tribe. According to Survivor International, they “vigorously reject all contact with outsiders.” The Indian government has since respected the tribe’s wish to be left alone and has abandoned plans to contact them. It is known that contact with outsiders could render the entire Sentinelese tribe wiped out due to outsiders carrying “diseases to which they have no immunity.”

As per the report, Chau tried to offer the tribespeople fish and football. He, however, paddled back to the boat when he saw them string arrows in their bows.  The following day, Chau ventured to the island to reach out to the tribe for the second time. Unfortunately, he was killed after tribespeople sent a volley of arrows his way.

“Somehow he made it,” Denis Giles, an activist for tribal groups’ rights, was quoted as saying. “The fishermen who were back in the dinghy saw an arrow hit him. Later they said he was taken deeper [into the island] and buried.”

Chau’s family has since taken to Chau’s Instagram account on Nov. 22 and gave a statement on his death. In the post, the family remembered Chau as a “beloved son, brother, uncle, and best friend to us.”

Apart from being a Christian missionary, the family shared that Chau was also a wilderness emergency medical technician, a soccer coach and a mountaineer.

“He loved God, life, helping those in need, and had nothing but love for the Sentinelese people,” they wrote. “We forgive those reportedly responsible for his death.”

Various reports have shown that Chau may have paid fishermen to take him to North Sentinel Island, despite it being illegal to go within three miles of the island. Indian police have since arrested seven people for allegedly helping Chau reach the off-limits island.

Chau’s family, however, called for their release, saying Chau went to the island on his own free will.

“We also ask for the release of those friends he had in the Andaman Islands. He ventured out on his own free will and his local contacts need not be persecuted for his own actions. As a family, we ask for your understanding and respect for him and us during this time.”  Cody Cepeda /ra