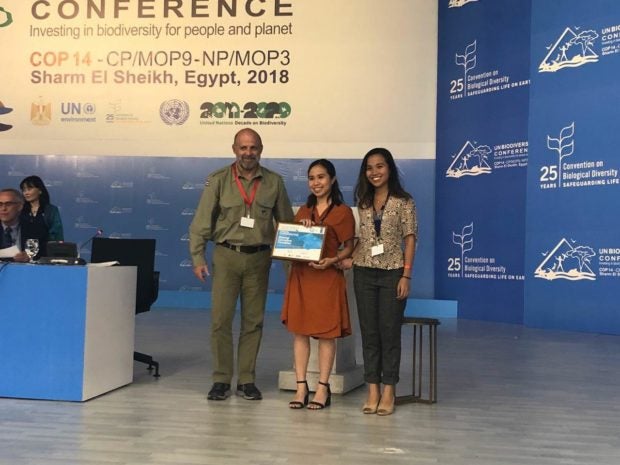 While the Philippines is besieged with environmental catastrophes brought about by climate change and humans, a little-known conservation effort has been recognized by the United Nations Development Program (UNDP), International Union for the Conservation of Nature (IUCN) and its World Commission on Protected Areas (WCPA) and WildArk.

The Masungi Georeserve was awarded the 2018 Pathfinder Award Special Commendation for its innovative and outstanding model in financing conservation efforts.

The award ceremony was held during the opening plenary of the 14th Conference of Parties (COP14) to the UN Convention on Biological Diversity (CBD) in Sharm-El-Sheikh, Egypt on November 17, 2018.

“Only four out of 200+ nominations worldwide were honored in the Pathfinder Award after a thorough selection process by an international expert jury. In addition, we are the only entry from Asia to win, and this marks a big win for conservation and environmental efforts in the Philippines,” Billie Crystal Dumaliang, trustee and advocacy officer of the Masungi Georeserve.

Located in Baras, Rizal, Masungi has geological formations known as Masungi rock. “Masungi” comes from the word ‘sungki’ or spiked. It has a sprawling limestone formation which dates back to millions of years.

The Masungi Georeserve project began in 1996. It is a partnership between central DENR (Department of Environment and Natural Resources) and Blue Star, a Filipino development and engineering company whose is goal ‘to manage and sustainably develop the 430-hectare area, which is prone to land speculation, illegal logging, and quarrying.’

Blue Star independently financed the georeserve and its restoration works before the Masungi Georeserve Foundation was formed. 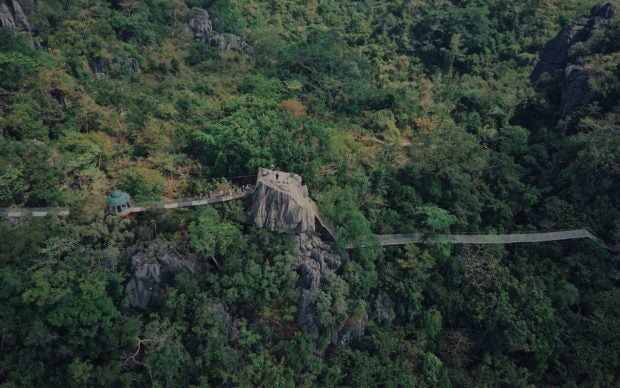 Presently, the foundation spearheads the geotourism initiatives. In 2017, the Masungi Geopark Project was expanded to cover some 3,000 hectares of denuded land around the original site.

According to Dumaliang, the conservation activities are “wholly funded by geotourism or low-impact visits to our trails. The georeserve receives no government or outside funding besides grants for research purposes.”

Only 47 kilometers East of Manila, Masungi is easily accessible to nature lovers and speculators. It is under the constant threat of quarrying, logging, slash-and-burn, land speculation, and treasure-hunting.

Despite the environmental threats, the Masungi Georeserve Foundation, alongside the communities of Pinugay, Baras, Cuyambay, and Tandang Kutyo, continue to preserve and protect the areas.

“It is coming back to life and is now a sanctuary for more than 400 species of flora and fauna, many of which are endemic to the Philippines and Luzon. Our mission is to restore and conserve in perpetuity some 3,000 hectares of denuded mountains around the georeserve through the Masungi Geopark Project,” Dumaliang said.

The Georeserve is open to the public. But the average number of visitors allowed to enter the trails are seven to 14 persons in a group. They can do a day or night trip.

“Only one group of seven to fourteen persons are actually accommodated to enter the trail at a certain time. These groups are spread through the day at pre-scheduled time slots. Visits to the georeserve need to be requested and approved ahead of time, and the conservation fees are set at P1,500 to P1,800 per person, which includes a dedicated park ranger who will guide you up close to the karst terrain for 3 to 4 hours, water refills inside the trail, and complimentary snacks,” Dumaliang explained.

The Masungi Georeserve prides itself for building light, non-invasive structures of local themes and materials, many of them mimicking indigenous flora and fauna. It is also known for its spider web-like-hammocks, viewing decks, bridges and rope courses floating above a tropical rainforest canopy.

According to its website, The Pathfinder Award recognizes outstanding and innovative solutions for protected and conserved areas, developed and implemented by individuals, organizations, or groups. 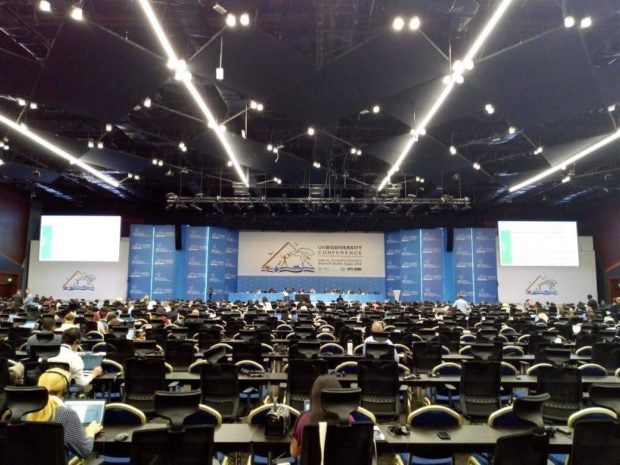 The 2018 Pathfinder Award Special Commendation was held during the opening plenary of the 14th Conference of Parties (COP14) to the UN Convention on Biological Diversity (CBD) in Sharm-El-Sheikh, Egypt on November 17, 2018.

“The nomination by Masungi Georeserve Foundation describes an innovative approach to ecotourism, based on the pillars of conservation, education/research and sustainable development, and using “mindful engineering” through tourism infrastructure that mimics nature, e.g. spider webs,” the joint statement of the UNDP, IUCN, WPA and WildArk read.

They also stressed how the georeserve could be replicated by other protected and conserved areas around the globe to create long-term and sustainable value for environmentally sensitive areas.

“It is important to conserve the environment because protecting the environment allows us to protect ourselves and future generations of Filipinos. Not only do we have a moral obligation to protect nature; it is essential to living our lives harmoniously and to its full potential,” Dumaliang said. /ee