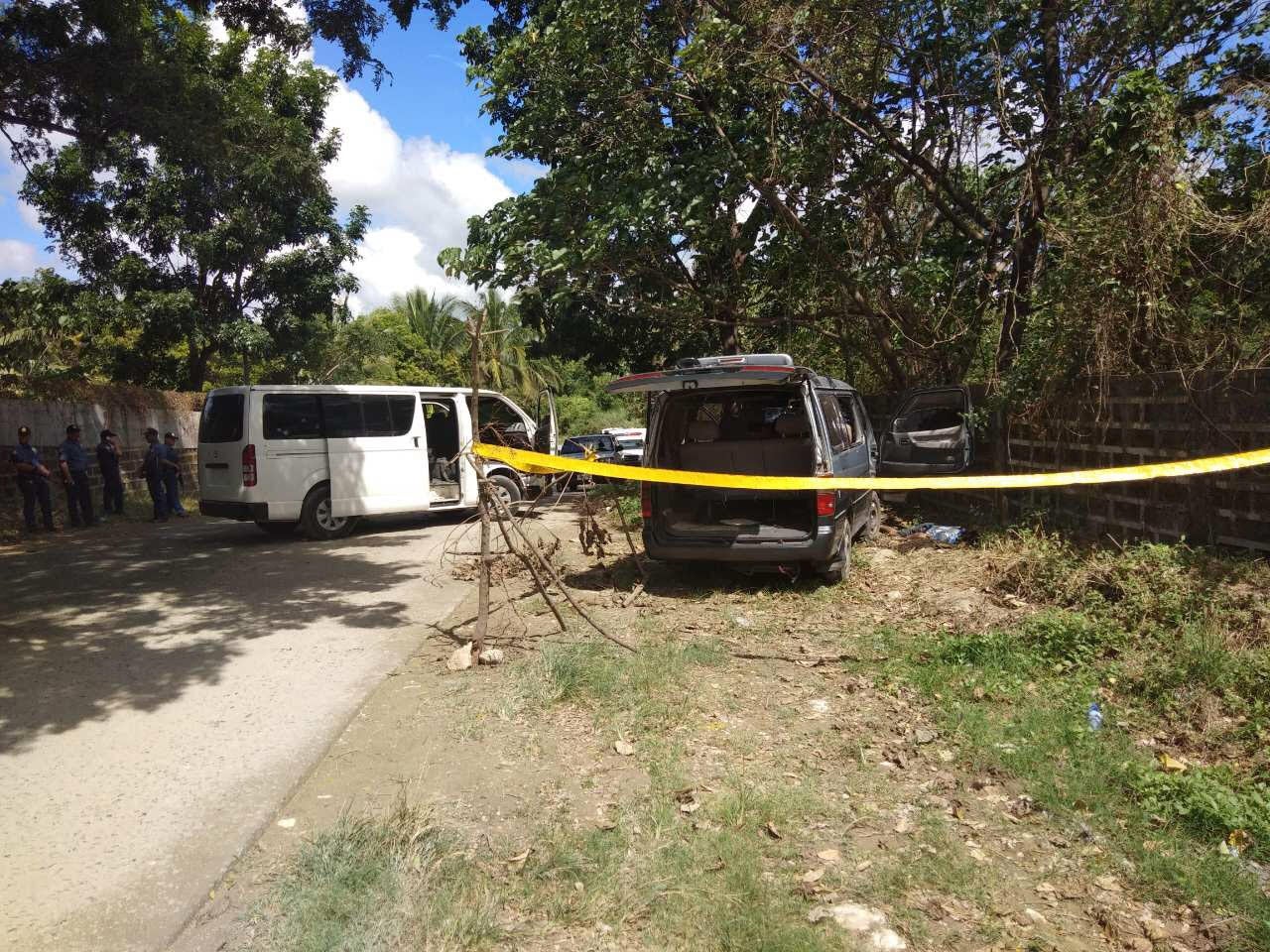 CRIME SCENE: Three alleged contract killers were killed in a shootout after refusing to stop at a police checkpoint in Taysan, Batangas. (Gray van was suspects’ vehicle). Photo from Batangas PNP

SAN PEDRO CITY – Three suspected members of a gun-for-hire syndicate were slain in a shootout in Taysan town in Batangas province on Thursday morning.

Supt. Chitadel Gaoiran, spokesperson of the Calabarzon police, said Solomon Panal, Virgilio Hernandez, and Efren Cruzada were involved in a series of killings and robberies in Batangas, Metro Manila, Pampanga, and Bulacan.

Prior to the shootout, police said the suspects were reportedly tailing their target, an unnamed businessman, the reason they were in Taysan. 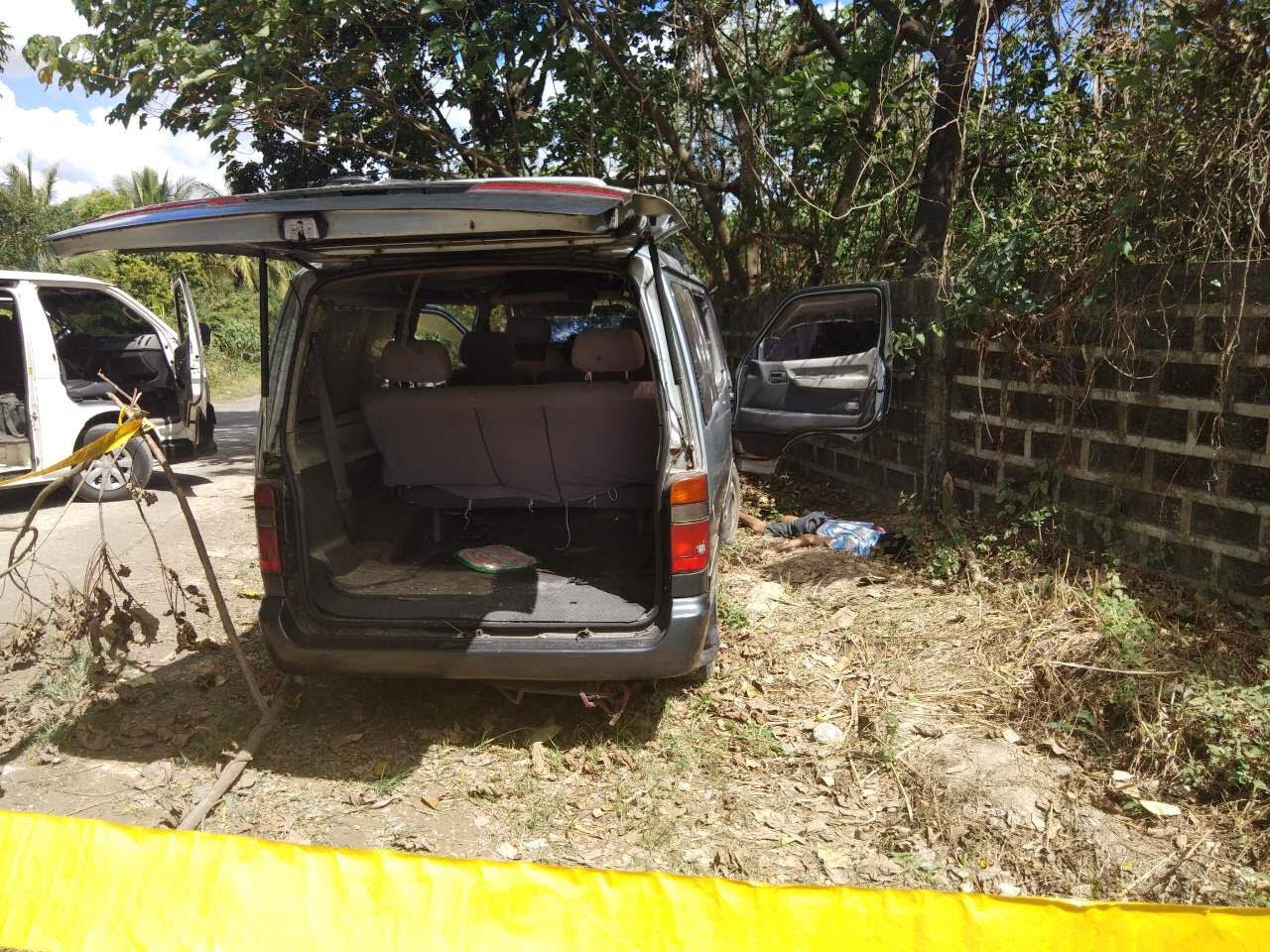 CRIME SCENE: Three alleged contract killers were killed in a shootout after refusing to stop at a police checkpoint in Taysan, Batangas. (Gray van was suspects’ vehicle). Photo from Batangas PNP

In a report, Gaoiran said the suspects were aboard a gray Toyota Hi-ace van when stopped at a police checkpoint. But instead of yielding for an inspection, the suspects sped away and began to open fire, prompting the shootout with police around 9:15 a.m. in Barangay (village) Bilogo.

None of the policemen was reportedly hurt although the police vehicle was damaged with bullets.

Gaoiran said the group was allegedly behind several killings. Among their victims were an alias Bogger in Valenzuela City in Metro Manila in 2017, Eddie Notabio of Caloocan City in 2017, a certain Kenneth Lumanglas and a seven-year-old child in November 2018, and Elvis Areglo, the alleged driver of high-profile drug convict Peter Co.

Areglo, who was previously detained at the Batangas provincial jail for drugs charges, was killed in September 2018 as he was being transported to a court for his supposed arraignment.