Senate Majority Leader Juan Miguel Zubiri said Xi made the offer when the latter met with the leaderships of the Senate and the House of Representatives on Wednesday at the Shangri-La hotel at the Bonifacio Global City in Taguig. 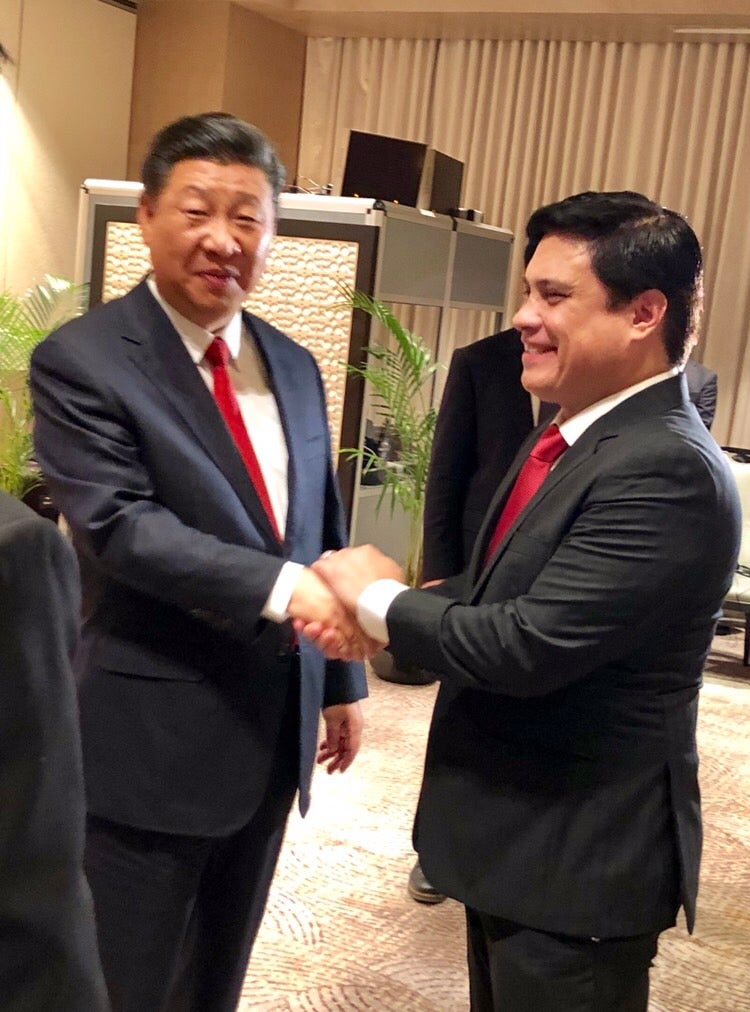 Senate Majority Leader Juan Miguel Zubiri shares with media his photo with Chinese President Xi Jinping during a meeting in Taguig City Wednesday. (Photo from the office of Senator Zubiri)

The Chinese leader is in the Philippines for a two-day visit. He is set to conclude his visit this Wednesday.

“We discussed continued trade between China and the Philippines,” Zubiri said.

Among the issues discussed during the meeting, Zubiri said, are  campaigns against terrorism and illegal-drugs as well as tourism development.

“And President Xi offered to accept more English teachers from the Philippines and even possibly more nurses,” Zubiri added.

Zubiri said also present in the meeting were Speaker Gloria Macpagal-Arroyo and other House leaders.