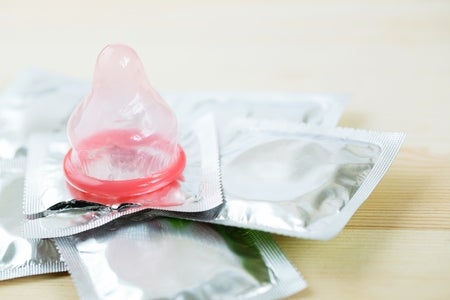 A counterfeit condom syndicate in China was busted by authorities recently following an investigation. The condoms, which were distributed to hotels, supermarkets and vending machine operators, were found to be using the names of major international and local condom brands such as Durex, Jissbon and SixSex

The 500,000 boxes of fake condoms amounting to 50 million yuan (over $7 million) were confiscated by the authorities. As per Zhejiang television via South China Morning Post on Nov. 20, 17 suspects are under criminal detention across the provinces of Hebei, Henan and Zhejiang on the suspicion of manufacturing and selling the said condoms.

As per the authorities, the counterfeit condoms were manufactured in Henan and Hubei. Such condoms pose a threat to public health, since they were made under substandard conditions.

“We found the workshops where the suspects made those condoms in rural areas in Henan and Hebei,” Zheng Xidan of Cangnan police was quoted as saying. “They were very simple and crude.”

Zheng added that the hygienic conditions where the condoms were manufactured were “very bad.” He said, “We saw the condoms they were making – they blended the condoms with silicone oil in a bucket. It was totally below official manufacturing standards.”

The condoms, as per the report, were sold with a wholesale price of one yuan. Real versions of the brands would cost around the ballpark figure of 20 to 150 yuan per pack. Condoms, as known, are some of the most counterfeited products in China, as well as international fashion brands.

Authorities first became suspicious after discovering a local man who sold the said condoms. The police conducted an investigation on the man’s business partners before eventually raiding them last August. Cody Cepeda/JB

Not all condoms are safe, FDA warns

Amsterdam’s red light district without a condom? ‘Not for a million!’