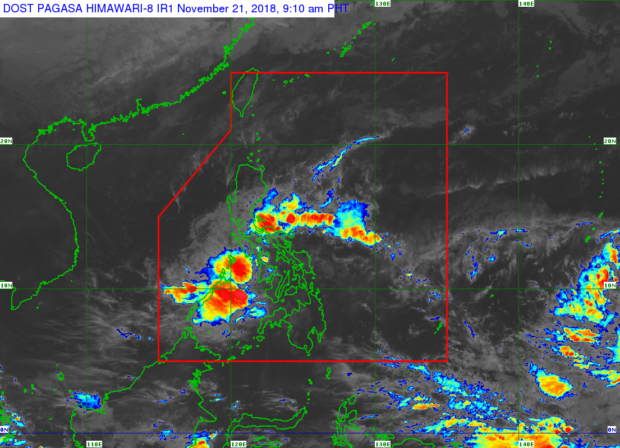 Pagasa added that as “Samuel” landed over Barotac Nuevo, Iloilo at 9 a.m., the effects of the tropical depression weakened in other parts of the country.

The cyclone warning over the provinces of Masbate including Ticao island, Biliran, and Leyte had already been lifted.

Pagasa also noted that “Samuel” has accelerated with a speed of 40 kilometers per hour (kph). It is forecasted to exit the Philippine area of responsibility on Thursday evening or Friday morning.

“Samuel” is packing maximum sustained winds of 45 kph near the center and gustiness of up to 65 kph.

As of 10 a.m., “Samuel” was spotted in the vicinity of Leganes, Iloilo.