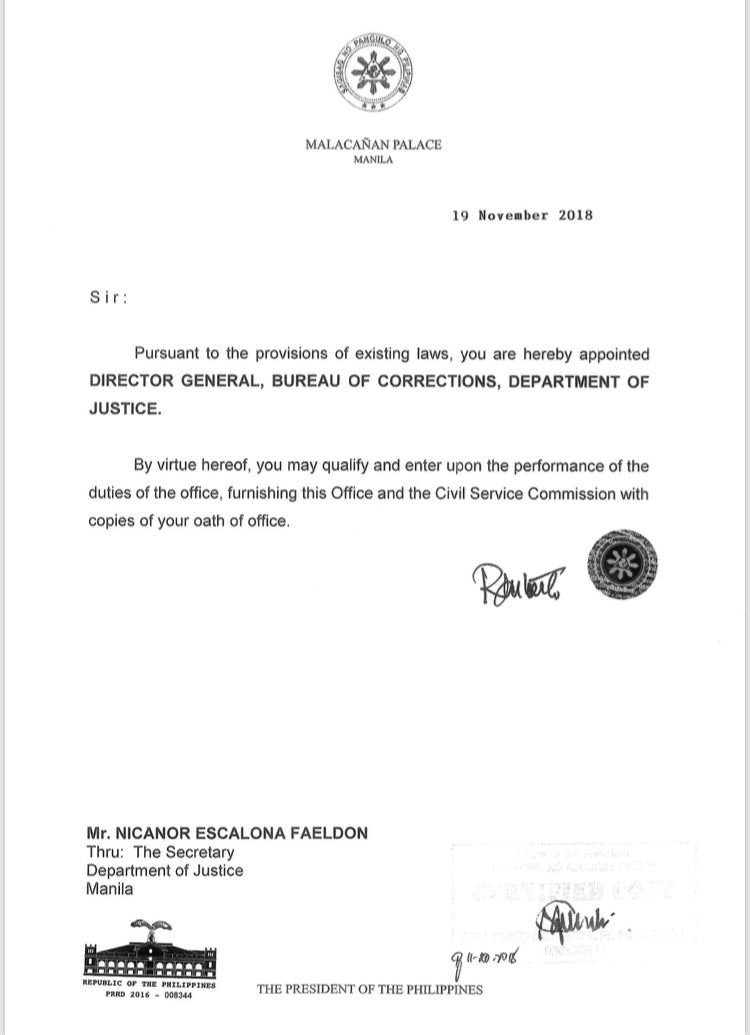 Duterte signed Faeldon’s appointment paper on Monday, a copy of which was released by Malacañang on Wednesday.

Prior to being appointed as BuCor chief, Faeldon was designated Office of the Civil Defense deputy administrator.

Faeldon resigned as Customs Commissioner amid controversy on the P6.4 billion shabu shipment which slipped past the bureau. /muf