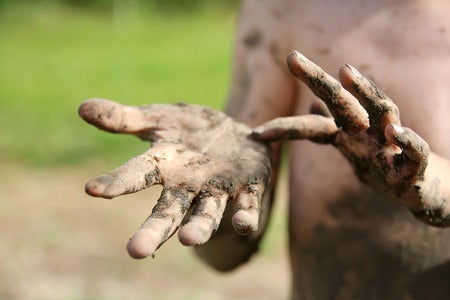 A 40-year-old woman in Florida, United States was arrested after police found her three children living among feces, urine and garbage.

Charlotte County Sheriff’s Office searched the home of Melissa Langstine-Troyano on Saturday, Nov. 17, as reported by WWSB yesterday, Nov. 19. Following their discovery, the mother of three was incarcerated and charged with three counts of child neglect without great bodily harm.

Police officers went to the house of Langstine-Troyano on Saturday after receiving a tip about the condition her children were forced to live in. It came to their attention that the mother of three had not cleaned the house since late 2016.

Upon arriving in the property, they were greeted with the smell of urine and feces. The 40-year-old told the authorities that her children were not home and unsuccessfully tried to stop the deputies from searching her abode.

The police had a hard time navigating the house. The residence was littered with piles of laundry, trash, feces, urine, dishes, old food and bugs.

While the fridge may be full, it was filthy and what looked like mold grew inside of it, the report said. In the garage, authorities discovered a broken freezer with meat that expired in 2013 and a dead cat in a shoebox inside.

Police found her three children walking barefoot through animal feces and urine. They also smelled of animal wastes and had bug bites — a stark contrast from Langstine-Troyano who was “well manicured, did not appear filthy and smelled pleasant.”

The mother of three told authorities she was fooled by a man whom she paid $200 (around P10,400) to exterminate the bugs and take out the trash, the report stated. She attributed the dirty dishes to the dishwasher which had been broken for six months.

Meanwhile, she said the broken freezer stopped working properly a few days before the police visit. She then blamed their dog for the animal feces littering the household.

Her ex-husband, who arrived at the house during the inspection, said Langstine-Troyano had not allowed him to enter the house for months and that she had been on a “downward spiral.” Kate Matriano/JB