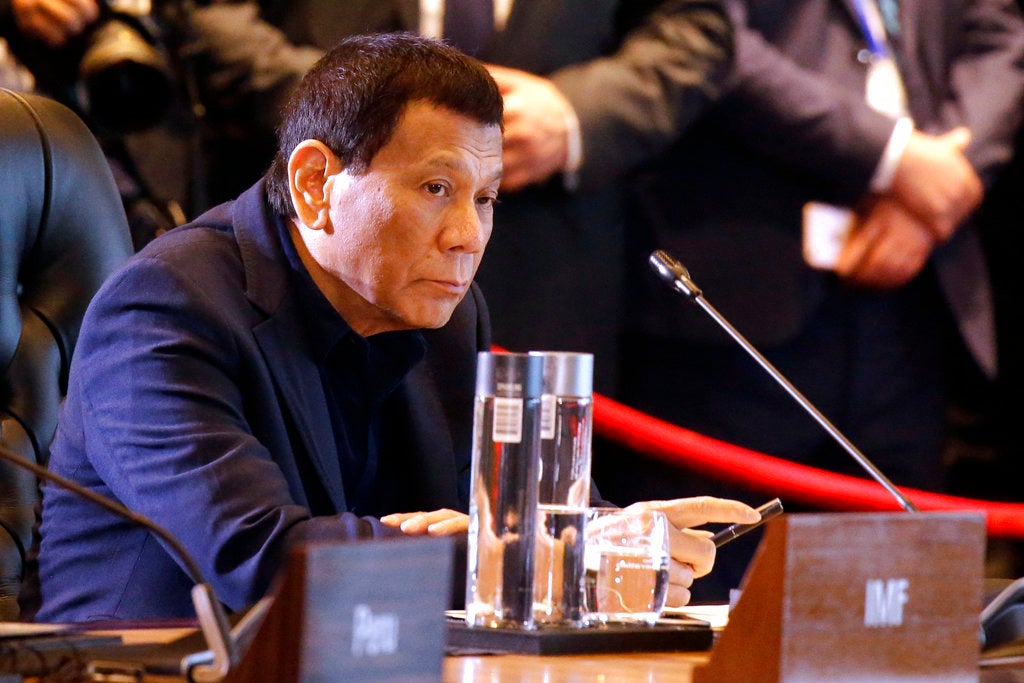 After Duterte met with the Filipino community in Port Moresby on Friday night, Malacañang announced that the chief executive would be cutting short his trip due to “urgent domestic developments.” However, the President did not leave on Saturday and instead took part in the meetings lined up for the rest of the summit.

In a statement, Presidential Spokesperson Salvador Panelo said he found it “amusing” that questions were being raised about the President’s initial decision to return to the country after the first day of the Apec summit.

“Had he returned to the country before the Apec ended, he would surely have gotten brickbats for not finishing the event from the usual nitpickers and detractors who could not see anything good of what he does as when he skipped a few events in the last ASEAN Summit to take power naps,” Panelo said.

He also claimed that Duterte’s decision to stay in the meetings was a reflection of his “decisiveness in attending to an urgent domestic concern while performing his diplomatic duties to pursue a policy of cooperation in consonance with Apec’s goal of inclusive growth and development among its members.”

“Every decision or action of the President, whether it concerns domestic matters or international relations, is always predicated in the outlying principle of serving and protecting the people as the Constitution commands him,” Panelo said.

“The President has not strayed — nor will deviate — from this constitutional directive,” he added.

Before attending Apec, Duterte was in Singapore for the Asean meet, where he was heavily criticized for missing several key gatherings.

Malacañang said Duterte took “power naps” in those meetings due to heavy workload in the opening day of the regional summit. /cbb