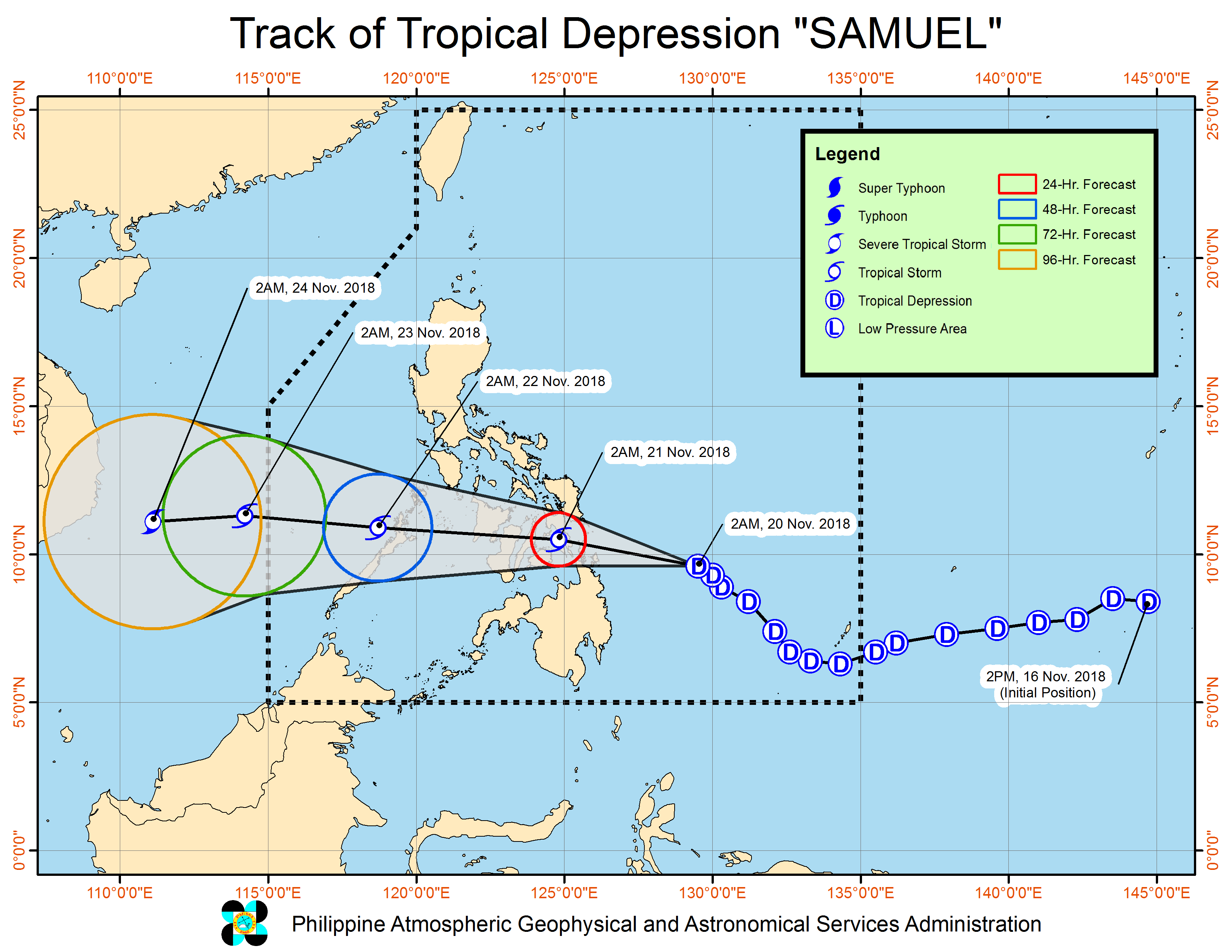 Tropical Depression Samuel has maintained its strength as it moves closer to make a landfall in the areas of Dinagat-Samar-Leyte, the state weather bureau said on Tuesday.

According to the Philippine Atmospheric, Geophysical and Astronomical Services Administration (Pagasa), Samuel was last spotted 395 kilometers east of Surigao City, Surigao del Norte as of 4 a.m.

It has a maximum sustained winds of 55 kilometers per hour (kph) and gustiness of up to 65 kph.

Pagasa warned the residents in the affected areas of possible flashfloods and landslides.

Pagasa also raised a gale warning over the eastern seaboards of southern Luzon due to Samuel.

It advised fishing boats and other small seacrafts to avoid sea travel, while larger sea vessels were alerted against big waves.