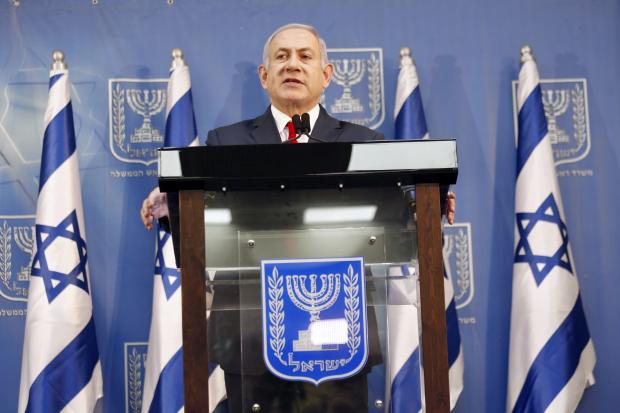 JERUSALEM — Israel avoided early elections after a key coalition partner in Prime Minister Benjamin Netanyahu’s government said on Monday that he would not withdraw his party, keeping the coalition intact despite a crisis triggered by a violent flare-up with Gaza militants.

Education Minister Naftali Bennett said his hard-line, pro-settler Jewish Home party would give Netanyahu another chance to address the security challenges facing Israel, listing off threats from Gaza and Lebanon, among others, which he wanted dealt with more firmly.

“I tell the prime minister here: we are withdrawing right now all of our political demands and will stand to help you in this great mission of getting Israel to win again,” he said.

“If the government would really start leading toward the right path, acting like a real right-wing government, it’s worth trying,” he added. “The ball is in the prime minister’s court.”

Bennett had earlier threatened to resign and his about-face eased the most serious coalition crisis Israel’s government has encountered since it was formed in 2015. He acknowledged that the turnaround could hurt him politically, but said he felt it was in the country’s interests to give Netanyahu one last chance.

While the move put off early elections for now, it keeps the governing coalition on shaky ground with only a slim 61-seat majority in Israel’s 120-seat parliament.

The sudden coalition crisis was triggered by a botched undercover Israeli raid in Gaza last week that led to the most violent fighting between Israel and Gaza militants since a 2014 war.

Israel’s hard-line Defense Minister Avigdor Lieberman, who had demanded a far stronger response to the massive wave of rocket fire, resigned in protest of a cease-fire that ended the fighting. Bennett threatened to bolt the government if he wasn’t named defense minister, a post Netanyahu said Sunday he was taking over himself.

Netanyahu has come under heavy criticism for agreeing to the cease-fire, especially from within his own political base and in the working-class, rocket-battered towns in southern Israel that are typically strongholds of his Likud Party.

But in an impassioned speech Sunday announcing his new role as defense minister, Netanyahu sought to brandish his security credentials in the face of the criticism while pinning blame on his coalition partners for trying to force early elections during a sensitive time for Israel’s security.

He repeated the claim Monday, saying it would be “irresponsible” to dissolve the government and call early elections amid a tense security situation.

Another coalition member, Finance Minister Moshe Kahlon, has also voiced support for early elections, saying that governing with a 61-seat majority is untenable. Netanyahu has sought to convince him to remain in the fold but a meeting between the two on Sunday ended with no news. But without a partner in Bennett to bring down the government, it’s unclear how hard he will push for its toppling.

Netanyahu would enter any campaign weakened by the recent Gaza flare-up but heartened by the lack of any real challenger to his leadership.

Most opinion polls, including those after the crisis began, show Netanyahu easily securing re-election, which would grant him a place in Israeli history as the country’s longest serving leader.

According to polls, the political map would not change much from the current one, where one of Israel’s most hard-line governments faces a fragmented opposition unable to pose a serious challenge.

But Netanyahu may find a challenge to his rule from other corners, including a potential corruption indictment that could knock him out of contention.

Police have recommended he be indicted on bribery and breach of trust charges in two cases and have questioned him at length on another. The country has been eagerly awaiting the attorney general’s decision on whether to press charges.

Netanyahu has angrily dismissed the accusations against him, characterizing them as part of a media-orchestrated witch-hunt that is obsessed with removing him from office. /atm