A year after war in Marawi, gov’t still buying lands for houses of residents |

A year after war in Marawi, gov’t still buying lands for houses of residents 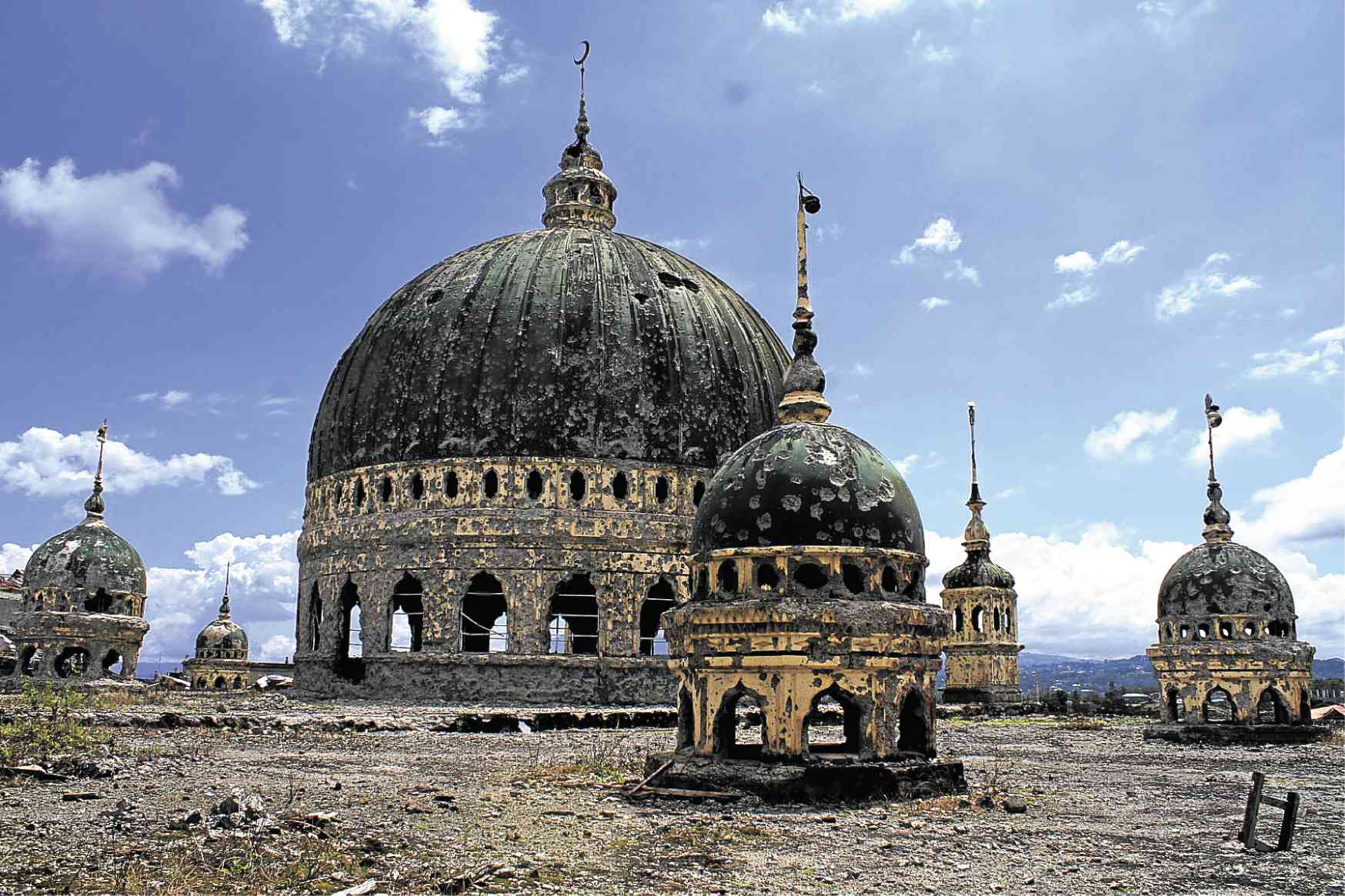 GOING DOWN, TOO. The minarets of the Grand Mosque in Marawi City barely survived the war against terrorists and could be among the structures that would be flattened during the city’s rehabilitation. INQUIRER/RICHEL UMEL

More than a year after the Marawi siege and its liberation, the largest permanent housing project for residents of the Islamic city is still at the stage of buying lands for the dwellings.

At a hearing of the House disaster management panel on Monday, Housing and Urban Development Coordinating Council (HUDCC) Secretary General Falconi Millar revealed that land acquisition for the 2,000 units funded by San Miguel Corporation (SMC) would only end this November.

“The land acquisition would be completed within the month and that would be followed by the land development right away, in partnership with the local government unit,” Millar told House Speaker Gloria Macapagal-Arroyo, who asked about it during the hearing.

Millar said the delay was mostly due to the “conflicting claims” on the lands.

“We have encountered a lot of problems in the land acquisition… (There were a) lot of conflicting claims with regards the ownership of the land,” he noted.

The HUDCC official said development of the lands in Barangays Mapintao and Kilalamight take another six months from their target groundbreaking on the first week of December.

Only after this could the SMC undertake the construction under the monitoring of the National Housing Authority, Millar also said.

The government aims to build 4,050 permanent housing units for Marawi residents displaced by the attack of the ISIS-inspired Maute group on May 23, 2017. As of this date, only 136 units had been completed while 3,914 are ongoing or to be started, according to Millar.

Meanwhile, the Duterte administration seeks to build 5,462 transitory shelters. But only 1,522 has been completed while 3,940 are still ongoing or to be constructed.

This comes over a year after the government forces successfully regained control of the war-torn city and declared it liberated from terror forces on October 17, 2017. The rehabilitation in the “ground zero” began last October 30.

But Drieza Lininding, chair of Moro Consensus Group, said all these projects may be put to waste as many Marawi residents do not want to live in shelters far from their original homes.

Bai Padoman Paporo, board member of the Bangon Marawi civil society organizations platform, said their only concern is to return to their homes in the most affected area (MAA, formerly ground zero).

“There are IDPs (internally-displaced persons) who do not want their buildings to be demolished… we’re even willing that we will be the one to rebuild our houses,” Paporo said.

“Our only main concern today is for the government to let us return to the most affected areas,” she added.

Paporo said they are being barred from returning to the MAA and rebuild their homes because of the unfinished removal of unexploded bombs – a problem that the military blames on their lack of technology. /kga

Removal of bombs slow because of lack of technology