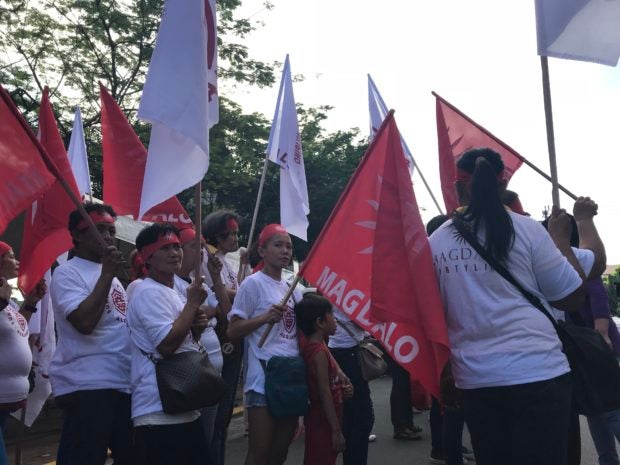 “His statement is far from the facts,” the Magdalo party-list group said on Saturday after President Rodrigo Duterte called its members “buang” – a Cebuano word for “crazy” – and “fools” in a speech he delivered before the Filipino community in Papua New Guinea.

Last Friday, Duterte said Magdalo was composed rebel soldiers who “destroyed everything” and likened them to Islamic State.

Magdalo added that being “buang” could be a “badge of honor,” as its member formed a group that fighting corruption.

“If the Magdalos are ‘buang’ because they stand up against corrupt officials and tyrants, then it is a badge of honor,” the group said in a statement.

Magdalo took issue with Duterte’s “power nap” at the 33rd Associaition of Souhteast Asian Nationa (Asean) Summit in Singapore, saying: “When the President is not having a power nap, it seems like he is busy disrespecting women, maligning people, spewing hate, revising history, and spreading lies, but is spending little time for his job that matters most for the Filipino people.”

Magdalo was referring to Duterte’s power nap as a reason for his absence on skipping six key events at Asean Summit.

“The group he was referring to as ‘fools’ produced three of the top performing legislators in the 15th, 16th, and 17th Congress in the persons of Senator Antonio Trillanes and Magdalo Representatives Gary Alejano and Francisco Ashley Acedillo,” Magdalo said. /atm