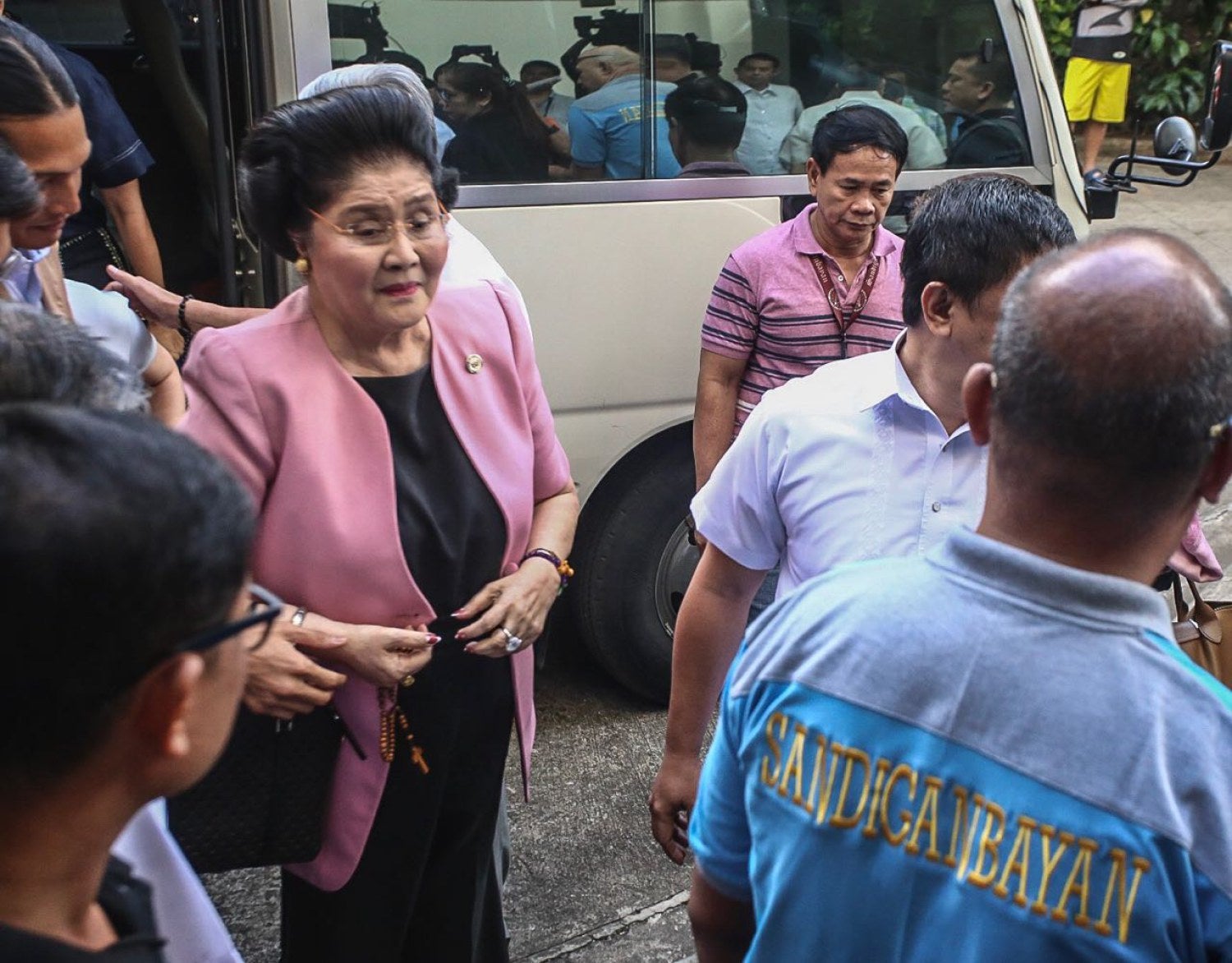 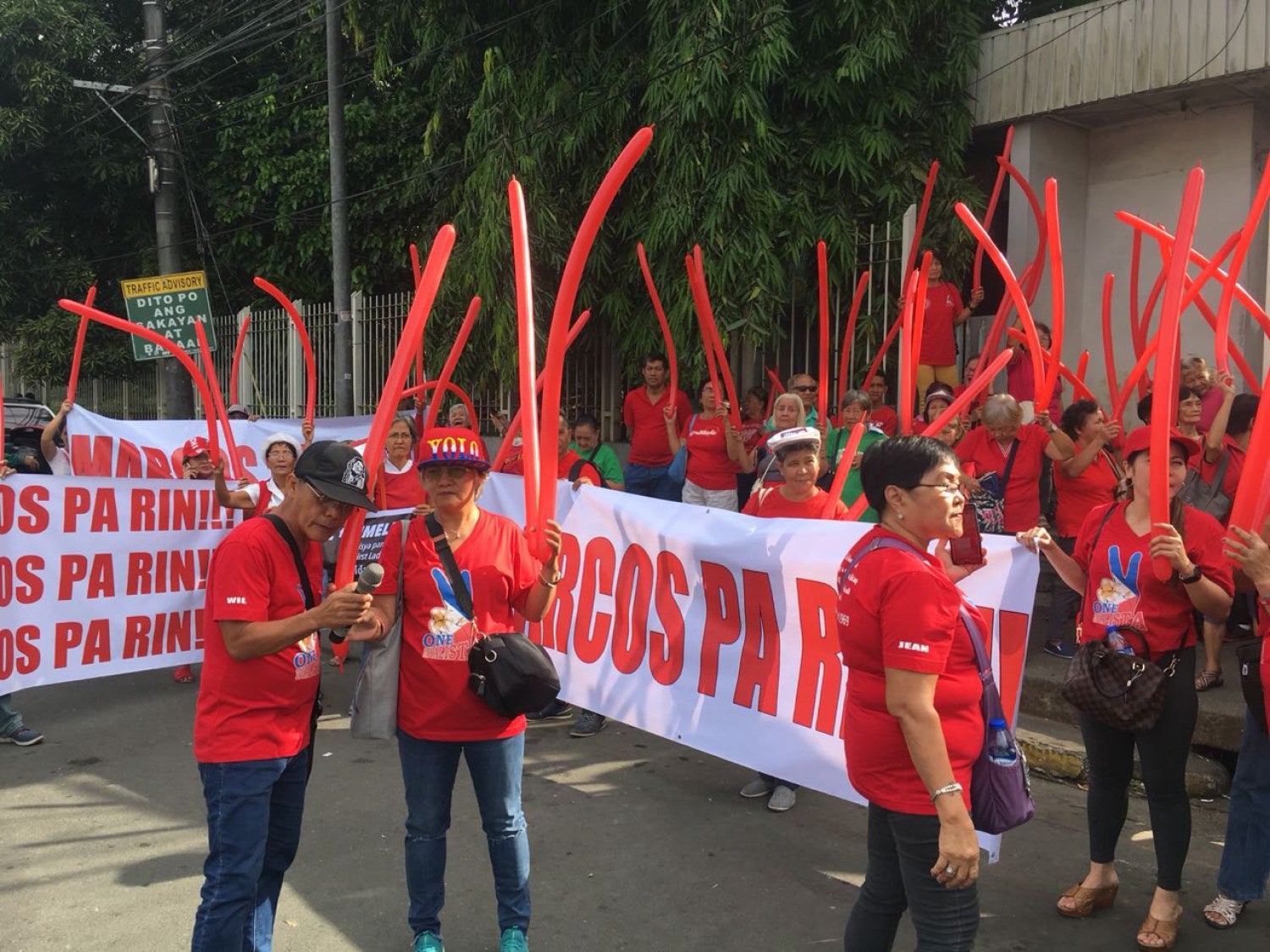 Former First Lady and Ilocos Norte Rep. Imelda Marcos arrived at the Sandiganbayan on Friday to attend the hearing on her motion against her graft charges.

Marcos was holding a rosary as she entered the Anti-Graft court. She was accompanied by her son former Senator Bongbong Marcos and daughter Imee Marcos.

Protesters and supporters of the Marcos family  also staged rallies outside the court’s premises.

The Sandiganbayan earlier found Marcos guilty of seven counts of graft for channeling $200 to Swiss accounts when she was then Metro Manila governor, Batasang Pambansa member, and Minister of Human Settlements — government posts she held while her husband and late dictator Ferdinand Marcos was president.  /muf 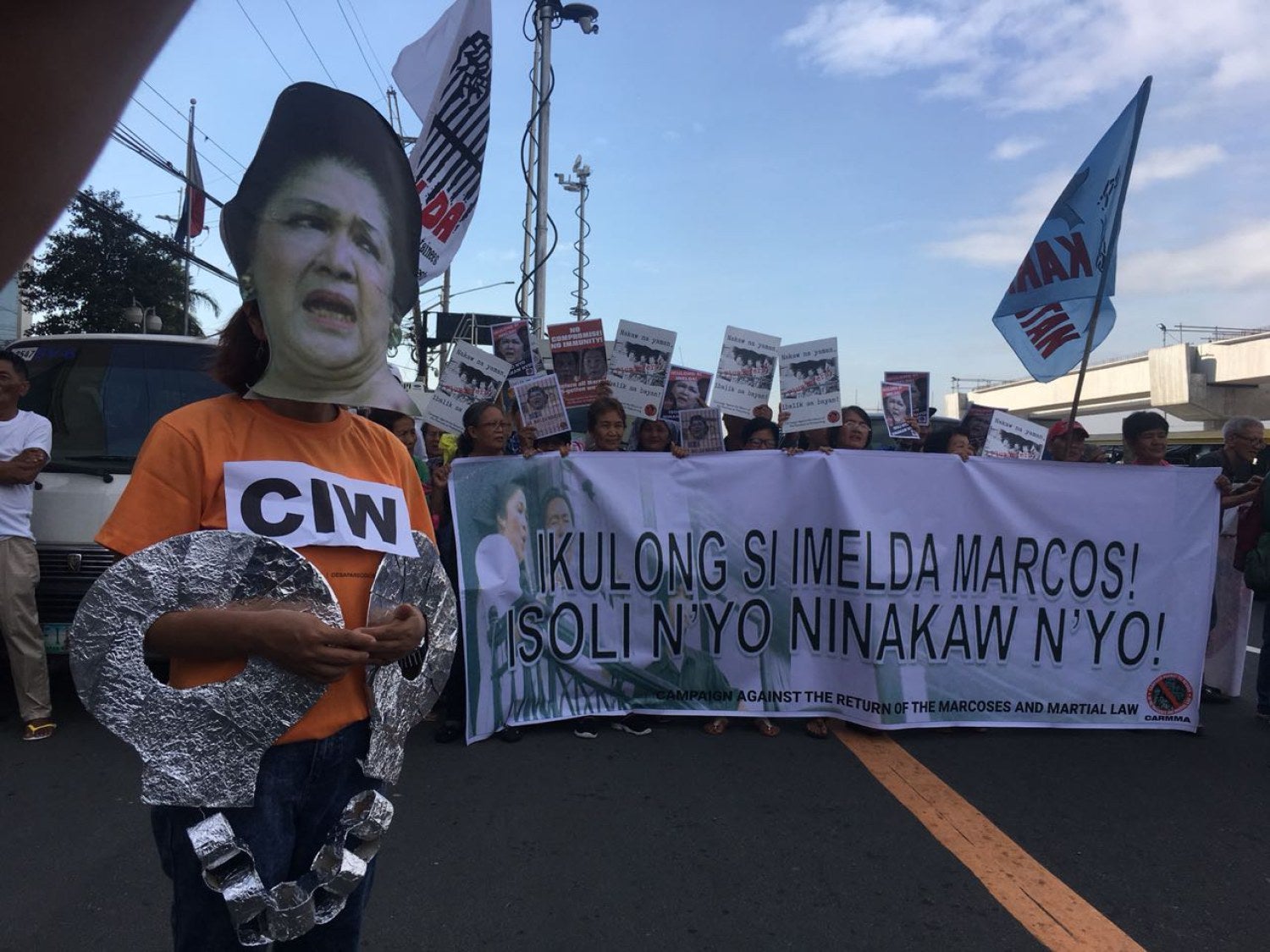