PUERTO PRINCESA CITY — A closure similar to what was imposed on Boracay Island would not be done to tourist spots of El Nido town in Palawan province, national and local government officials agreed on Wednesday.

RJ dela Calzada, El Nido municipal administrator, said the town received a commitment from national agencies that a closure similar to what was done in Boracay, the country’s top beach destination, would not happen in their town. The agreement was reached in a meeting attended by El Nido officials led by Mayor Nieves Rosento, Environment Secretary Roy Cimatu, Tourism Secretary Bernadette Romulo-Puyat and Interior Secretary Eduardo Año.

Instead of resorting to closure, there will be a stricter campaign against erring establishments in Palawan’s leading tourist destination to preserve its fragile environment and enforce compliance with environmental laws.

Earlier, Puyat warned the local government that her agency would endorse El Nido’s closure if it failed to address its problems of waste management and water pollution.

Dela Calzada said rehabilitation efforts, which began after Boracay was closed to tourists for six months starting April 26, would be stepped up and would include demolition of structures that defied environmental regulations. 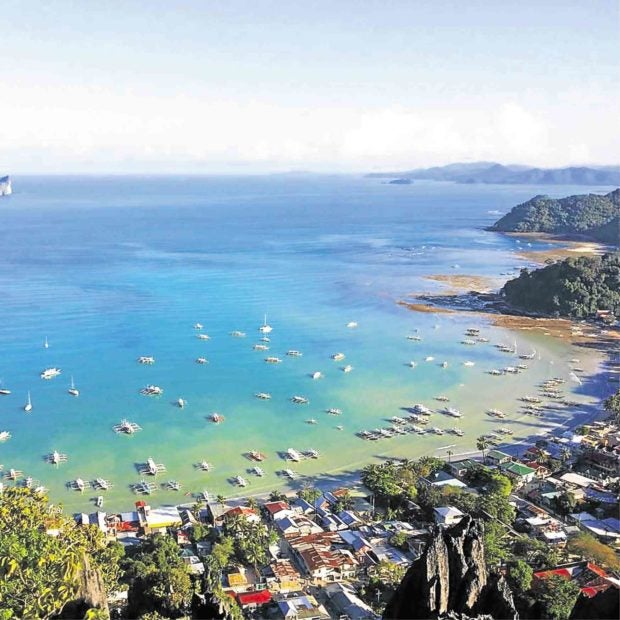 “Part of the rehabilitation effort is the closure of noncompliant establishments,” Dela Calzada told the Inquirer.

El Nido has seen a rapid increase in tourism in the last 10 years, and is hosting more than 200,000 tourists annually. Establishments catering to tourists have also sprouted under relaxed local regulations, leading to overcrowding and occupation of coastal easements by mostly commercial buildings.

In May, following the closure of Boracay, the Department of Environment and Natural Resources launched a cleanup drive in El Nido, leading to the citation of more than 200 establishments for various violations and the demolition of structures on the main beach of Bacuit Bay.