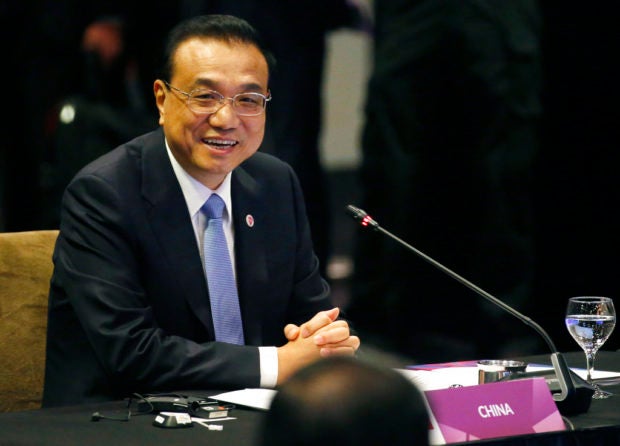 Chinese Premier Li Keqiang smiles as he glances at Asean leaders after delivering his statement at the Asean Plus China Summit in the ongoing 33rd Asean Summit and Related Summits on Nov. 14, 2018 in Singapore.  AP

SINGAPORE — Singapore’s Prime Minister Lee Hsien Loong says a final agreement on a Southeast Asian-centered free trade agreement will be pushed back until 2019.

Lee’s comments Wednesday confirmed earlier expectations that the 16 countries in the plan, called the Regional Comprehensive Economic Partnership, or RCEP, would not meet their goal of finalizing the accord within this year.

The plan includes China, India and other major regional economies but not the United States.

Lee says officials have made significant progress but are unable to bridge all their differences.

He told a meeting of leaders of the countries involved in the RCEP that the accord will send a strong signal about free trade while further delays would mean missed opportunities.

The RCEP would involve 40 percent of world trade. /ee