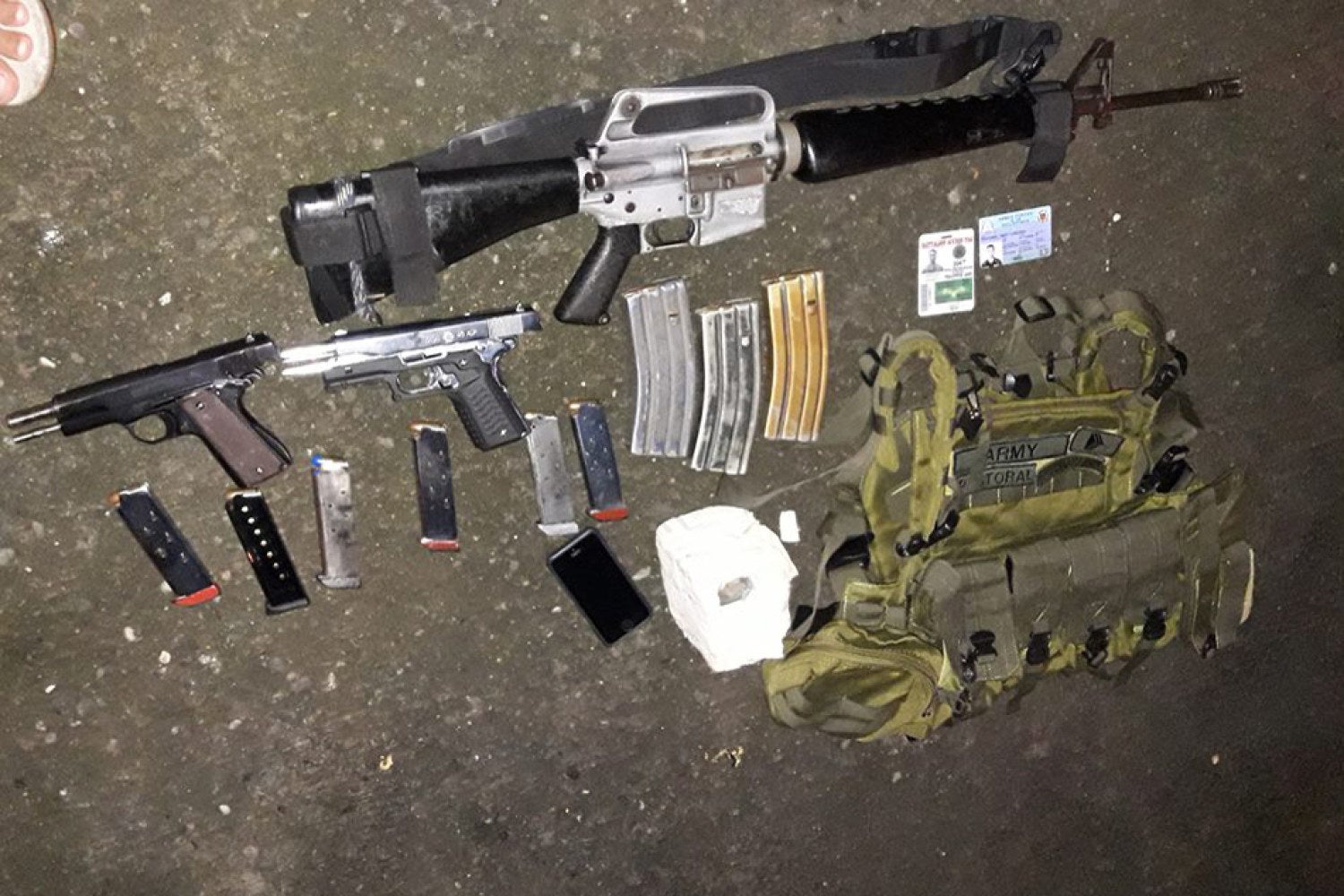 This photo shows the firearms, ammunitions, hand grenade, and bondolier seized by a composite team of police, military, and National Bureau of Investigation-Iligan agents, from alleged gun-runners and gun-for-hire suspects at a checkpoint in Iligan City on Tuesday, November 13. (Photos from Police Station 4)

Sr. Insp. James Daleon, station 4 commander, said the group, which was already under surveillance in the past two days, was onboard an ambulance loaded with firearms, ammunitions and a hand grenade, when flagged down by police around 8 p.m. Tuesday, November 13.

A composite team of police, members of the 51st Infantry Battalion of the Philippine Army, and the National Bureau of Investigation (NBI) agents in Iligan City conducted the operation.

“Two of the suspects were wearing an army uniform  and claimed to be members of the Reservists 304th Battalion of the Philippine Army based on their Identification cards,” Daleon said. “A legitimate ambulance should have had a doctor or a nurse on board.”

Daleon identified the suspects as Privates First Class Gilbert Pasicolan, 40, and Andy Pastoral, 31; and a civilian, who claimed to be a Balik lslam preacher from P-A Malitbog, Panabo, Davao del Norte and a member of a certain non-government organization based in Iligan City.

Among the confiscated firearms and explosives were two units of 45-caliber pistols and several ammunitions, M16 rifle with ammunitions, a hand grenade, cellular phones and identification cards, Daleon said.

He said the suspects had no proper authority to carry firearms and mission orders. He also said appropriate charges would be filed against the suspects.

“We made an effort to verify their identity but they were disowned by the unit they belong,” said Chief Insp. Jovanie Cabosas, public information officer of Iligan City police.  /kga

Read Next
Pence says Myanmar’s handling of Rohingya ’without excuse’
EDITORS' PICK
Beyond the Chocolate Hills: A farm-to-table, heritage culinary adventure of Bohol
MyCitiHomes premiers PH’s first 3-star certified BERDE District residential development
‘Crash Landing on You’ couple confirms pregnancy
Enrile contracts COVID-19: ‘To my critics and enemies, I am not going to die yet’
Metro Manila’s COVID-19 positivity rate jumps from 3.9% to 5.9% — OCTA
House energy committee chair Arroyo bats for cheap electricity
MOST READ
Duterte: It was correct for Bongbong Marcos to ‘decline’ presidential debates
Enrile contracts COVID and snipes at critics, foes: ‘I am not going to die yet’
Russia steps up missile strikes on Ukraine as G7 leaders gather
Dennis Padilla answers Leon Barretto’s open letter: ‘Been reaching out to you for 15 years’
Don't miss out on the latest news and information.