Corpse meets accident on way to funeral in QC 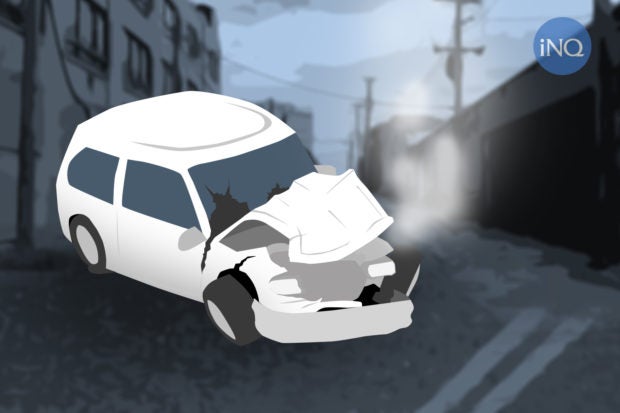 A dead man on the way to his funeral met an accident before dawn Tuesday when the hearse carrying his body rammed a dump truck in Quezon City.

According to reports from Radyo Inquirer, the hearse driven by a Philip Iwarat, 42, was moving along Quezon Avenue before it accidentally hit the rear end of a dump truck.

Due to the impact, the cadaver, which was being delivered to a funeral home, broke through the coffin and crashed through the hearse’s windshield.  His head was seen outside the car, adjacent to the driver’s seat.

The body had to be carried out on a stretcher and brought back to the morgue to change its wardrobe, which was ruined in the incident, a TV report said.

Both Iwarat and his attendant Anthony de Guzman, 38, sustained various injuries.  Authorities are investigating the accident and which party is liable for the mishap. /cbb