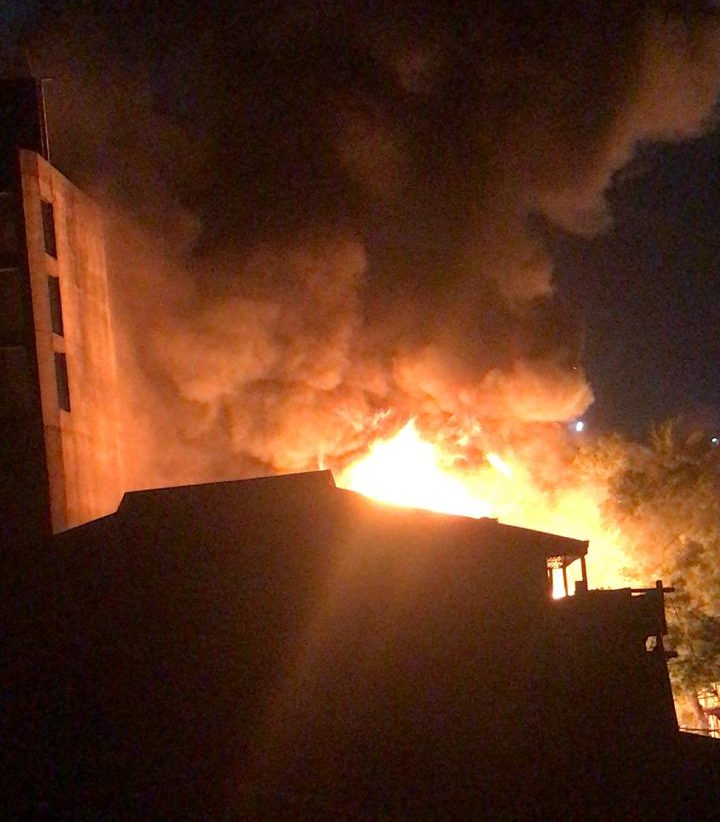 (Updated, 9:49 p.m., Nov. 9) Authorities recorded no injury when a fire broke out in Quiapo, Manila on Friday evening, the Bureau of Fire and Protection (BFP) said.

Senior Fire Inspector Lucio Albarase said in an interview that four houses located at Vergara corner Duque de Alba steets that were made of light materials were burned down as the fire affected at least 15 families.

He also said that the cause of fire is still being determined but noted that the estimated damage to property was P100,000. 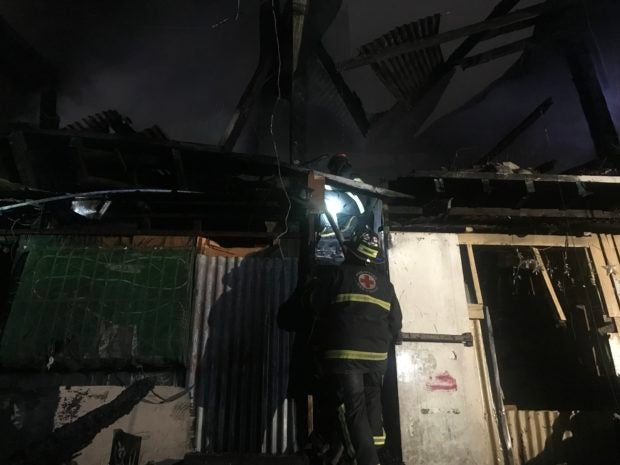 A firefighter is conducting a mopping-up operation in an area that was levelled by fire in Manila. INQUIRER.net photo / Faye Orellana

The fire hit the residential area in Quiapo at 6:49 p.m. and it was immediately raised to second alarm minutes after.

Citing reports from the residents in the area, Albarase said that the houses burned down were approximately 30 years of age.

He also said that the responders had a hard time going to the scene due to narrow streets.