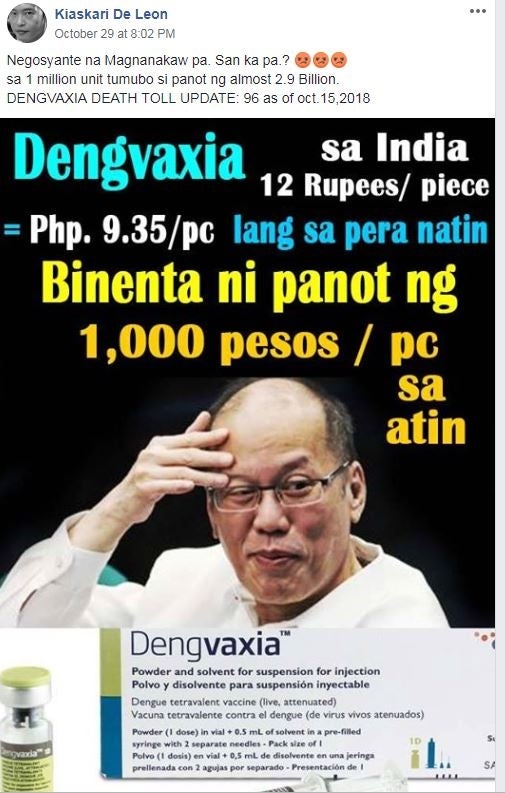 A social media post claiming that anti-dengue vaccine Dengvaxia was being sold in India for a cheaper price than in the Philippines is fake.

This was the result of a verification and fact-checking made by Agence France Presse (AFP), which said Thursday that Dengvaxia manufacturer, Sanofi Pasteur, was not selling the vaccine in India.

The social media post claimed that Dengvaxia was for sale in India for 12 rupees (about 16 US cents) a piece, which is supposedly over 100 times cheaper than its price here prior its pull out in the local market.

It also claimed that “panot” – or “bald guy” in English – sold a piece of Dengvaxia for P1,000. The bald guys to former President Benigno S. Aquino III, which administration started a massive anti-dengue drive using Dengvaxia.

The social media post was shared more than 7,000 times over Facebook by pages and groups that support President Rodrigo Duterte and his political allies.

But the AFP Fact Check report noted Sanofi Pasteur denied it is selling the vaccine in India.

“Dengvaxia is not approved in India so the information you’ve been given is inaccurate,” Sanofi Pasteur spokesman Jack Cox told AFP.

The Aquino administration purchased Dengvaxia under its P3.5-billion anti-dengue immunization program in 2016. The inoculation program involved more than 800,000 school children and government employees.

The program, however, was suspended in 2017 after Filipino doctors questioned the vaccine’s possible risks in the wake of a paper that emerged which stated that Dengvaxia might worsen symptoms of dengue for people not previously infected with the disease.  /kga 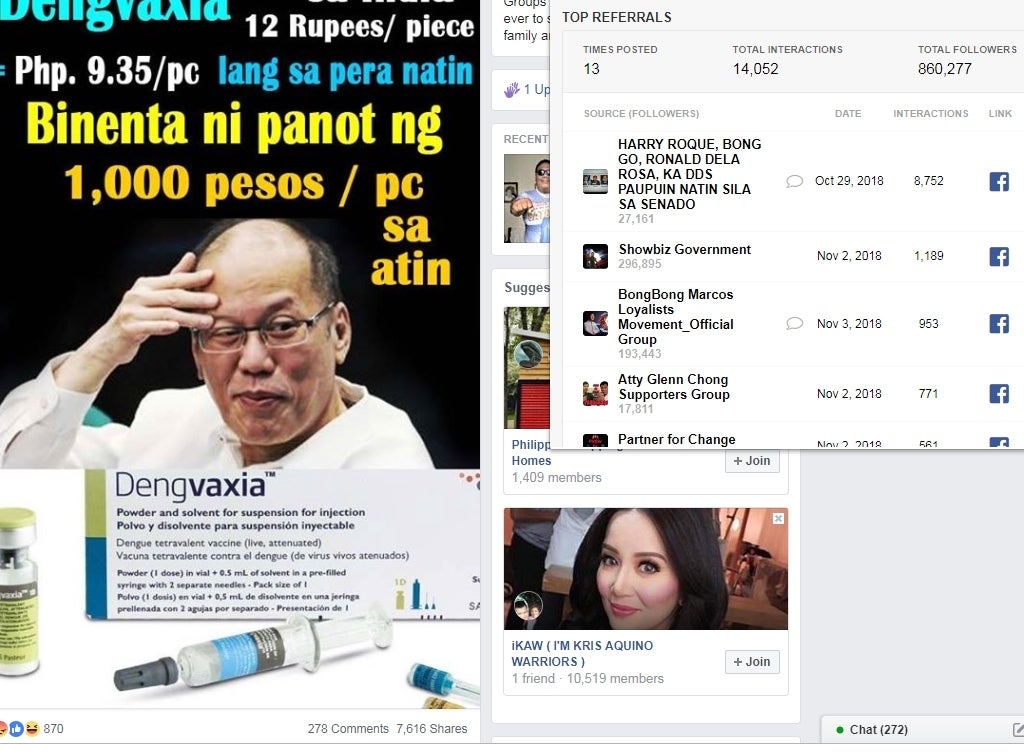