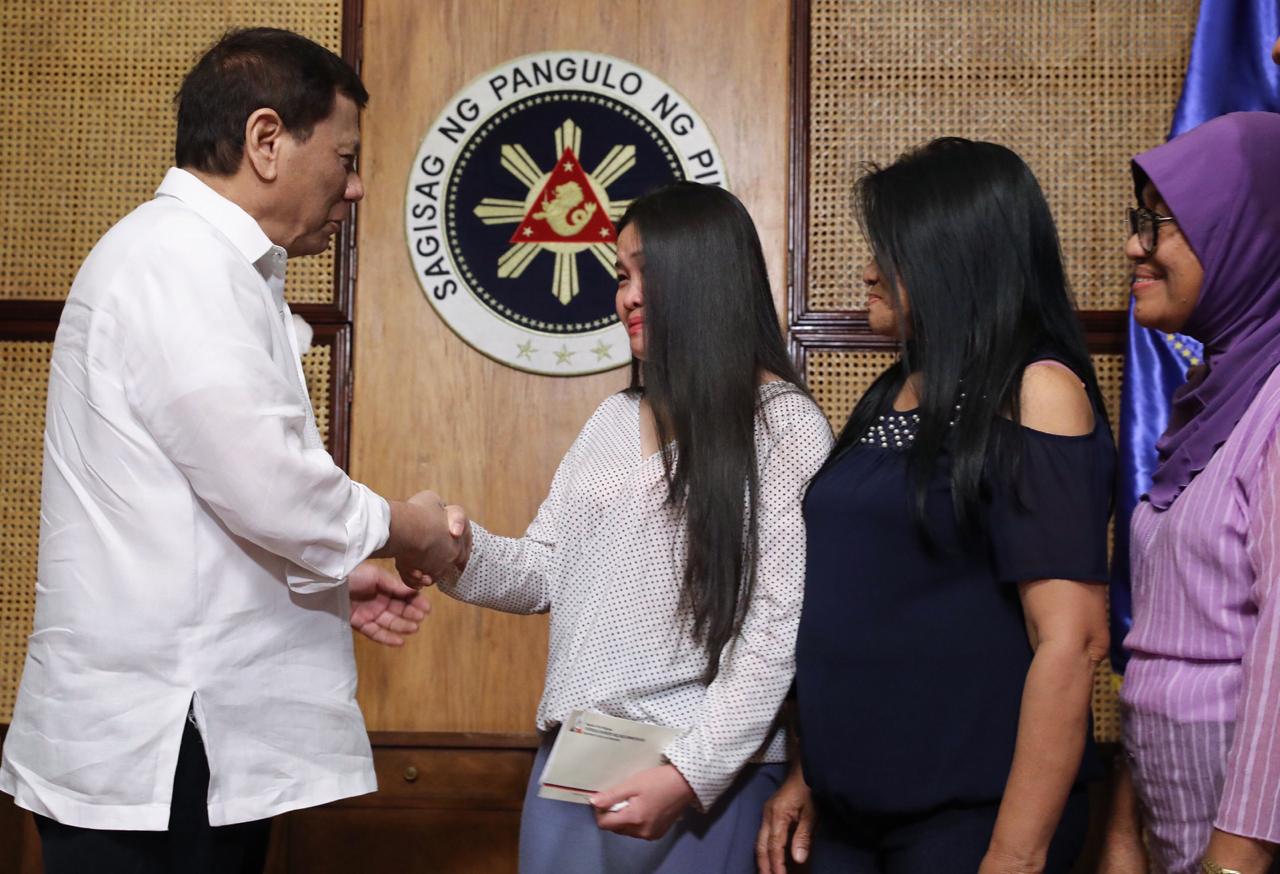 The overseas Filipino worker (OFW) recently came back to the Philippines after she was acquitted of murder charges and saved from Abu Dhabi’s death row.

“President Rodrigo Roa Duterte embraces an emotional Jennifer Dalquez as the latter met with the President at the Malacañan Palace on November 6, 2018,” stated the caption of the Palace photo distributed to reporters.

Dalquez returned to Manila on November 2 after nearly four years in prison in the United Arab Emirates.

“The President is a shoulder to cry on for returned OFW Jennifer Dalquez, who was saved from death row in Al Ain Prison, UAE,” Cacdac said in a tweet.

In 2015, Dalquez was sentenced to death after she was found guilty of killing her employer.

Last year, she was acquitted without diyyah or payment of blood money but she wasn’t immediately freed because he has a theft case. /kga