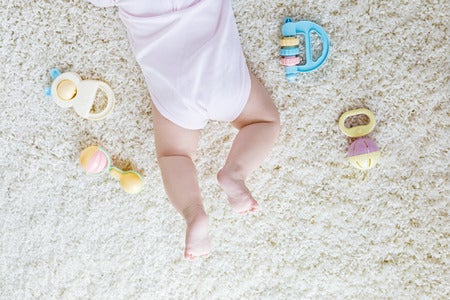 A ten-year-old girl was charged with first-degree intentional homicide for dropping and stomping on a six-month-old boy to death in a daycare center in Wisconsin, United States.

The underaged suspect (identity withheld) was ordered to be held on a $50,000 cash bond (about P2.6 million) during a hearing in Chippewa County Circuit Court on Monday, Nov. 5, as reported by the Star Tribune on the same day. Her case will likely be referred to a juvenile court.

Apparently, the girl was removed from her biological parents’ home in September this year. The reason for her removal was not disclosed. She was placed in foster care of the family who owns the licensed daycare center where the incident happened.

Chippewa County sheriff James Kowalczyk said the girl who was holding the baby dropped him, hitting his head on a footstool in the process, as per report. The baby emitted a shrill cry that had the girl panicking.

In what would probably be a bid to silence the boy, she stomped on the baby’s head. The authorities were then called when the boy was found unresponsive and bleeding from the head.

The injured infant was rushed to the local hospital and was later flown to Gillette Children’s Hospital, the report stated. The boy, unfortunately, was not able to survive the incident.

The baby passed away on Nov. 1. An examination by a local doctor revealed that the injuries were not accidental.

The police questioned the adult and the three children who were in the daycare center when the crime happened. Not long after, they were able to determine that the 10-year-old girl was behind the infant’s injuries and subsequent death. Kate Matriano/JB

Son arrested for throwing sausages at his mother