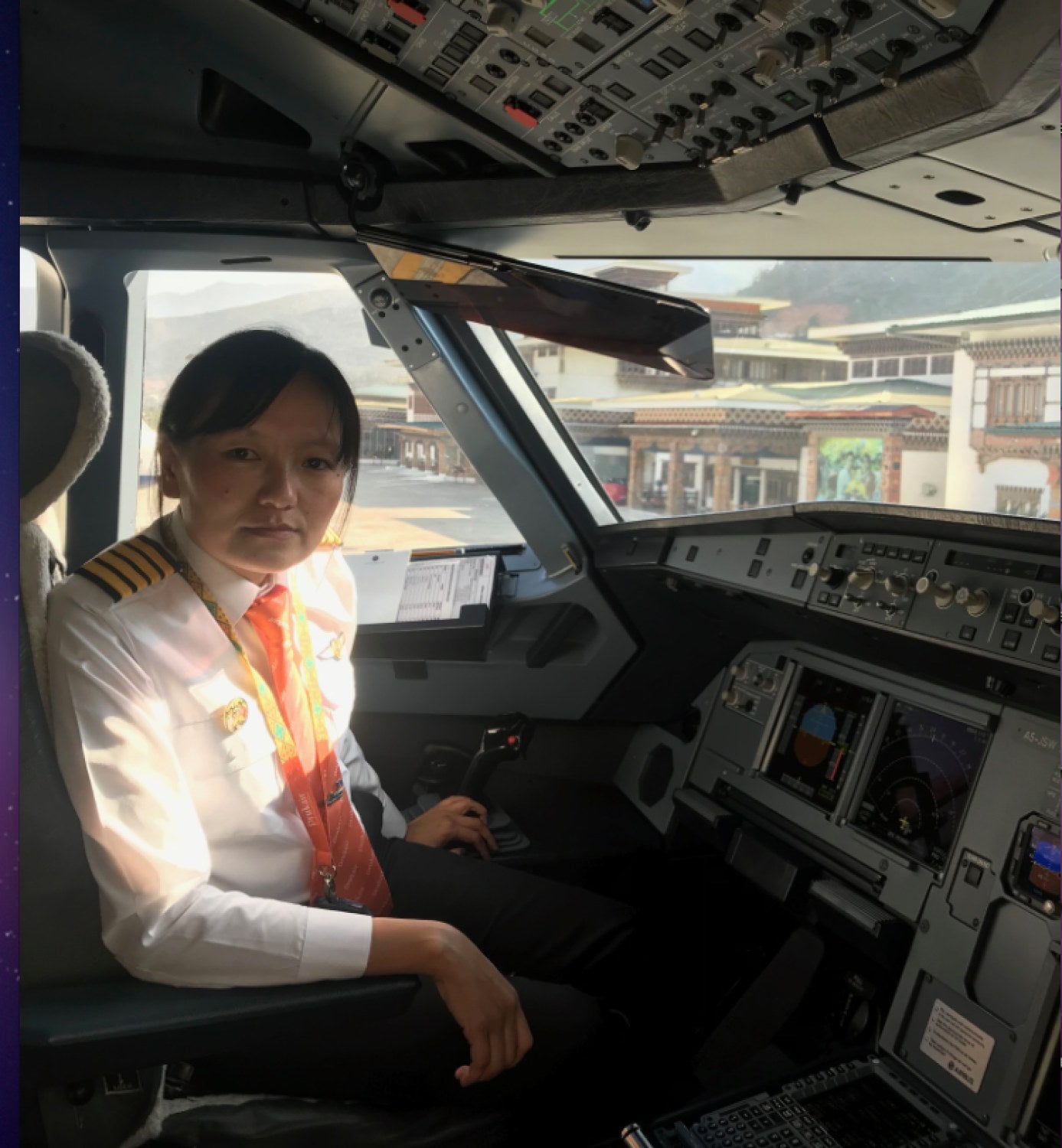 Drukair has 19 captains of which 12 are non-Bhutanese. Ugyen Dema is now part of the seven Bhutanese captains among the flight crew at Drukair.

Following a marchang ceremony in the morning, Drukair’s senior first officer Ugyen Dema was promoted to a captain.

Towards the evening, she flew her first flight as a captain to Bangkok.

“Once the aircraft door closes and until it opens at the next station the captain is in charge of the aircraft. The captain makes all the decisions.”

For Ugyen Dema, captainship is just another step in her career. She said that becoming Bhutan’s first female captain was not her plan, but was glad that it came her way. “We have visionary leaders who make sure that we have equal opportunities. But to take the opportunities for yourself setting personal goals is important.”

Ugyen Dema is one of the only two female pilots in the country. Both of them fly for Drukair.

CEO Tandi Wangchuk said that in bigger airlines, pilots reach captainship earlier than it did in Bhutan. This is due to required flying hours that is less in Bhutan.

He added that apart from hours required, the pilots also had to go through aptitude tests. “There may be people spending their lifetime but not getting their captainship. It is a historic day not only for Drukair, but also for Bhutan.”

Drukair has 462 employees of which 120 are female.

“There aren’t many female pilots and aviation is a male dominated area. I hope I can inspire young girls to become pilots,” Ugyen Dema said. “My mother has always been my source of inspiration because of how consistent she is with everything. Challenges are the same for male and female and gender has nothing to do with becoming a pilot. If you are willing to be consistent and work at it I don’t think there is anything you cannot achieve.”