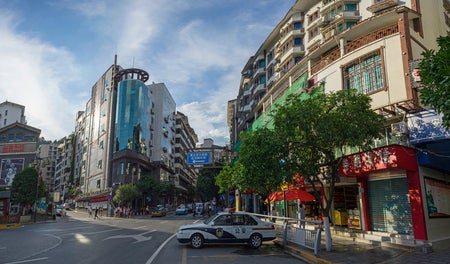 Employees in a home improvement firm in Zunyi, Guizhou province in China were discovered being abused by their managers for failing to meet sales targets.

A video of the staff being flogged with belts and forced to drink urine and eat cockroaches circulated in the Chinese micro-blogging site Weibo recently, a sight that did not fail to shock the many viewers who came upon it.

The video was viewed more than 500,000 times, as per Zunyi Yaowen via South China Morning Post last Nov. 5, with screenshots of the video continuing to be spread after the original post was taken down.

In the video, a topless man can be seen standing in the middle of a room. As he was whipped with a belt by another man, other people stood around him and watched. The video also showed staff drinking cups of yellow liquid, reportedly urine.

Moreover, managers of the firm were discovered threatening staff via text messages. These contained threats of different kinds of punishment if they failed to meet the firm’s sales targets.

“If the sales goal has not been met by the end of this month, the team leader will have to eat three cockroaches for each failed sale,” one message, via the report, read.

Apart from the brutal whipping, drinking of urine and eating of cockroaches, other punishments included drinking vinegar and toilet water, head-shaving and selling of condoms and sanitary pads in public.

Netizens have questioned why the staff did not resign after being subjected to such maltreatment, but one employee shared via Pear Video that they were owed two months’ pay by the firm. The employee added that the firm threatened to reduce their severance pay should they resign from their jobs.

Thus far, local authorities have released a statement on Weibo, saying that two of the firm’s managers have been jailed for ten days. Another manager will be jailed for five days. Cody Cepeda/JB