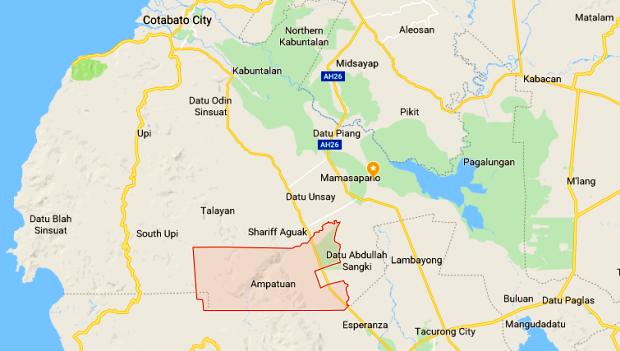 CAMP SIONGCO, Maguindanao — Civilians foiled a roadside bombing in Ampatuan, Maguindanao on Tuesday by quickly alerting soldiers about the presence of a suspicious sack that contained an improvised bomb.

Maj. Gen. Cirilito Sobejana, the commander of the 6th Infantry Division, said the explosive device was found by civilians at 1:30 p.m. along the national highway in Barangay Poblacion, Ampatuan, Maguindanao.

The IED, described by Army bomb experts as a pipe bomb with a mobile phone as triggering device, was deactivated by bomb experts from the 32nd Explosive Ordnance Disposal unit and troopers from the 2nd Mechanized Infantry Battalion.

In a statement, Sobejana said the IED could have injured commuters passing the highway or residents living nearby had it not been found and deactivated.

The foiled plot came 12 days after two IEDs exploded on a highway in Ampatuan that missed a military convoy.

Maj. Arvin John Encinas, speaking for the 6th ID, said the two IEDs that exploded on Oct. 26 had the “trademark” of the Islamic State-linked Bangsamoro Islamic Freedom Fighters. /atm