Executive Secretary Salvador Medialdea, by the authority of the President, signed Memorandum Circular No. 52 on October 31 but the paper was released only to the media on Monday.

In his memorandum, Duterte said, “The conduct of a public information drive and advocacy campaign at the grassroots level is necessary to raise public awareness on Federalism and constitutional reform as well as to ensure widest public participation in the ongoing initiatives to amend or revise the fundamental law of the land.”

He added that “constant consultations with all sectors of society is essential in every stage of the process of constitutional reform so that all such efforts towards reform will embody the sovereign will and reflect the ideals and aspirations of our people.”

The Secretary of the Department of Interior and Local Government (DILG) will be the chairperson of the task force while the Justice secretary will serve as the vice-chair.

The President ordered the task force to perform the following mandate:

Duterte said IATF “shall submit quarterly leports on its activities and accomplishments to the President.”

“The budgetary requirements for the operations of the IATF shall be sourced from appropriate funding sources that the Department of Budget and Management may identify, subject to relevant law, rules and regulations. Funding for succeeding years shall be incorporated in the budget proposal of the DILG,” he said. /je 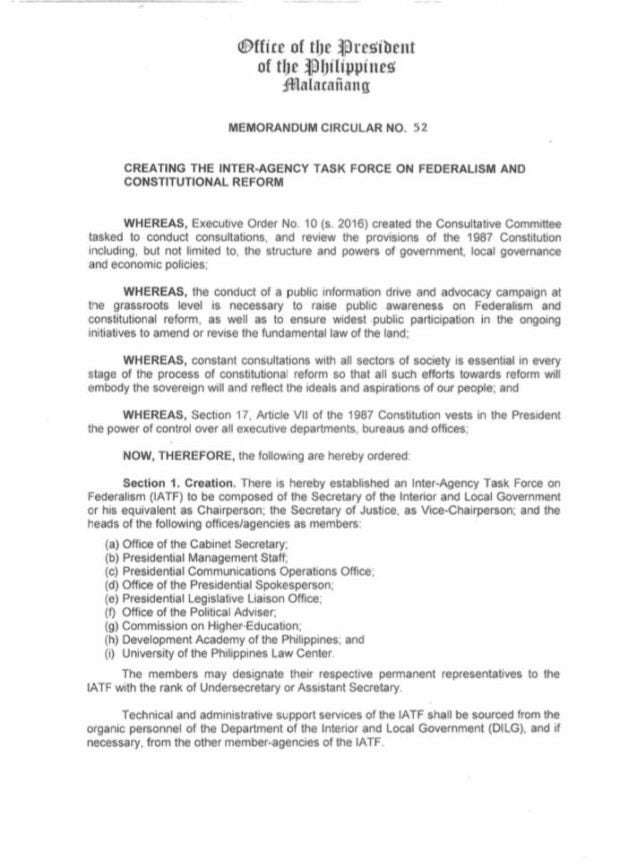 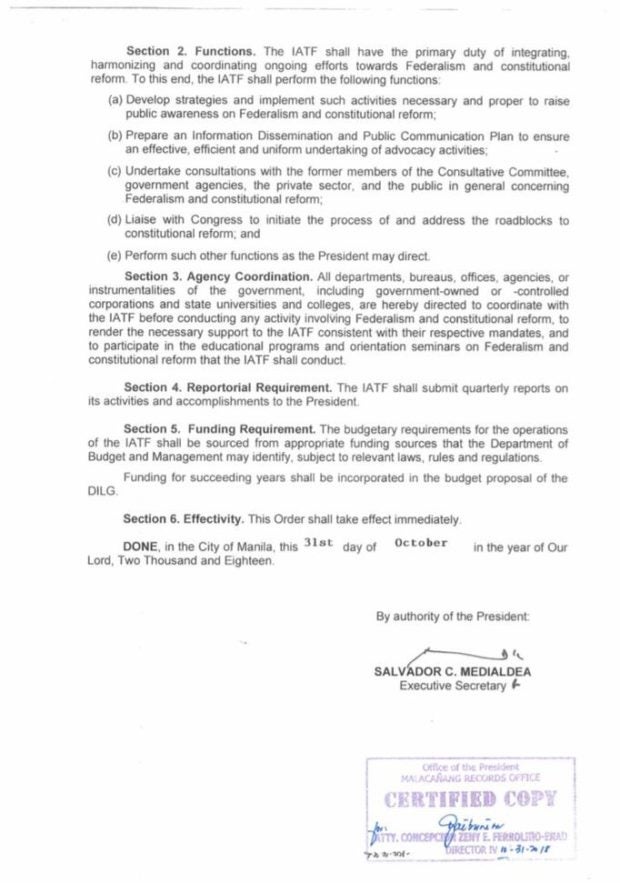