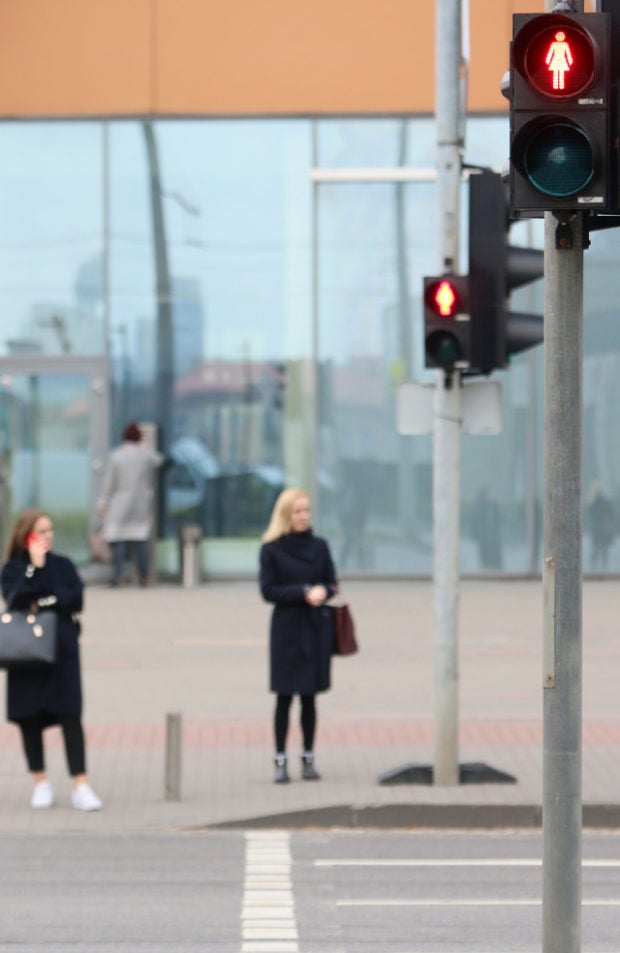 Lithuania’s capital Vilnius on Friday installed new traffic lights featuring female symbols to celebrate the 100th anniversary of women getting the vote in the Baltic state.

The right for women to vote was written into the Lithuanian Constitution on Nov. 2, 1918, putting it among the first countries to grant women suffrage, ahead of France or the United States.

President Dalia Grybauskaite, who chairs Council of Women World Leaders, hailed the date as “a win for democracy that put the country (Lithuania) among the leaders of modern states”.

City officials said the lights along a busy downtown street right next to Vilnius’ largest business center also serve as a reminder that European countries need to keep pushing to close the gender gap.

“This joyful date could encourage authorities to show more initiative in these areas,” she told AFP.

In Lithuania, women’s gross hourly earnings are on average 14.4 percent below those of men, compared to the EU average of 16.2 percent, according to official statistics.

“Modern society does not exist without fully empowered women, yet globally all of us are still halfway on this journey,” Lithuanian Foreign Minister Linas Linkevicius tweeted. MKH