Remembering the 24 boy scouts who perished in 1963 plane crash 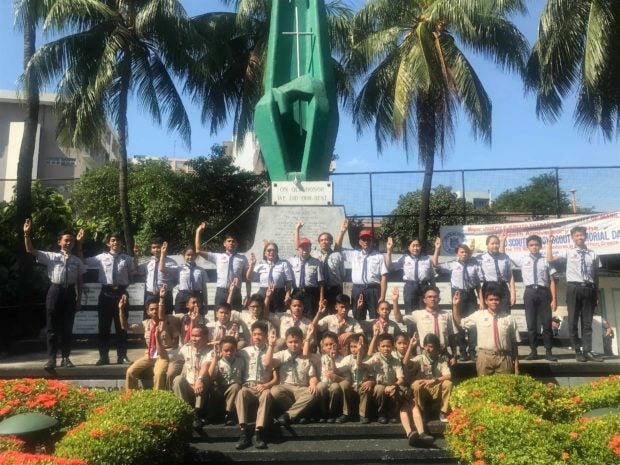 Members of the Boy Scouts of the Philippines – Quezon City Council visit the cenotaph of the 24 boy scouts who died on their way to the 11th World Jamboree in Marathon, Greece in 1963. PHOTO by Cathrine Gonzales / INQUIRER.net

(Updated, 2:03 p.m., Nov. 3: In one of our photos below, there had been corrections made in the photo of Fe Castor-Pangan. Our apologies.)

Fifty-five years ago, 24 Filipino boy scouts died in a plane crash on their way to represent the country in the 11th World Jamboree in Marathon, Greece in 1963.

The scouts have been dead for years but their memory remains alive in the hearts of their relatives who continue to visit their tombs during the All Saints’ Day.

A cenotaph for the perished boy scouts lies in the Manila North Cemetery, which on Thursday was visited by their loved ones and other young scouts.

For Fe Castor-Pangan, sister of Roberto Castor, who is one of the late scouts, the death of the 24 boys is still fresh in her mind. 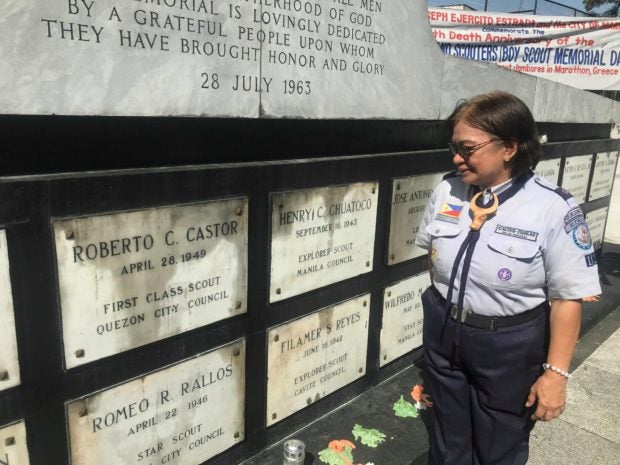 Fe Castor-Pangan visits the tomb of her brother Roberto Castor, who was one of the 24 boy scouts who died in the 1963 plane crash. PHOTO by Cathrine Gonzales / INQUIRER.net

She was 11 years old when her 14-year-old brother passed away.

Pangan recounted the last moments of Roberto and the other scouts before they flew to Greece. She said the scouts were all elated for passing the strict screening, since thousands have also applied to join the jamboree. 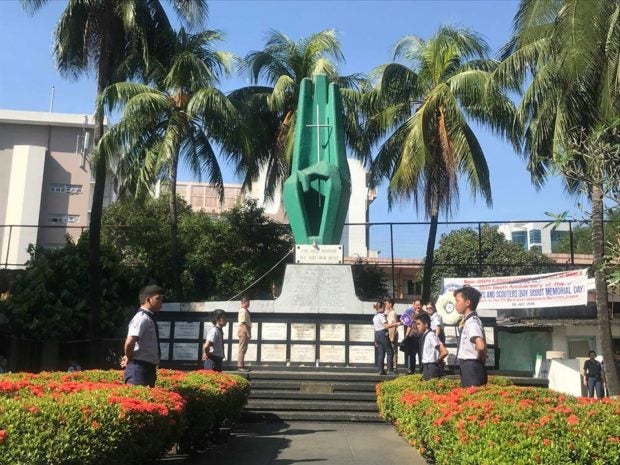 Boy scouts guard the tomb of the 24 boy scouts who died in a plane crash on their way to represent the country in the 11th World Jamboree in Marathon, Greece in 1963. PHOTO by Cathrine Gonzales / INQUIRER.net

“Hindi ko makakalimutan noong sumasakay po sila sa eroplano, nagwe-wave po sila. Bawat isa sa kanila, talagang excited sila [I cannot forget when they were about to board the airplane. They were all waving at us. All of them are really excited],” she told INQUIRER.net with tears on her eyes.

Before the event, Pangan said her brother seemed to have given a hint to their mother about his death. Their mother was then asking Roberto if he could drop the idea of going to the jamboree and save the money instead for his college, since he was in third year high school at the time.

(My mother told him, “son, you’re about to go to college. Let’s just save the money.” My brother answered, “Mom, don’t worry, I’ll return it to you.” We did not know its meaning back then. We later knew he meant it was the honor he gave to us.)

For Pangan, the death of the 24 scouts did not happen in vain, as she said they have served as an inspiration to youngsters.

On July 28, 1963, the entire delegation perished with passengers and crew members of United Arab Airlines Flight 869 when the plane crashed into the Arabian Sea near India.

In honor of the 24 scout delegates who perished in that ill-fated flight, there are 24 streets in barangay Laging Handa, Quezon City that were named after them. /jpv